For almost 25 years, Phoenix Management Services has been collecting, tabulating, and analyzing the results from its “Lending Climate in America” survey to evaluate national lending attitudes and trends. Each quarter Phoenix’s proprietary “Lending Climate in America” survey is distributed to over 5,000 lenders nationwide. Results for the Q4/20 survey, which were received between 11/10/2020 and 11/24/2020, revealed optimism among lenders regarding the U.S. economy in the near-term. In the Q4/20 survey, their near-term expectations (i.e. how will the U.S. economy perform during the next six months) increased 33 points to a grade point average (GPA) of 2.05. However, lenders long-term expectations (i.e. how will the U.S. economy perform beyond the next six months) decreased 17 points to a GPA of 2.43. Our Q4/20 survey also indicates that lenders expect a) COVID-19 to cause slow growth and a choppy recovery for the U.S. economy, b) negligible effects in regard to a potential second stimulus, and c) that their customers will raise additional capital and make an acquisition in the long-term.

Positive Outlook for the U.S. Economy in the Near-Term Entering into 2021

COVID-19 Effects on the U.S. Economy and Lending Climate

Every quarter Phoenix poses three new questions to lenders that focuses on current economic issues. The three new questions posed to lenders in Q4/20 focused on the COVID-19 pandemic and the opinions from lenders on various topics including recovery coming out of the COVID-19 crisis, a potential second round of coronavirus-related government stimulus, and factors that will pose the greatest risk to their institution over the next six months.

While real GDP increased at an annual rate of 33.1% in Q3 2020 and some parts of the economy are advancing or have returned to pre-pandemic activity levels, others are struggling amid continued cases. When asked, whether the United States will experience a continued recovery coming out of the crisis,

eighty-six percent of lenders expect there will be slow growth as things return to normal due to the shutdown and rising COVID cases. Fourteen percent of lenders believe that despite the virus, the economy has pent up demand and companies should prepare for a sustained v-shaped recovery going forward.

Lenders were surveyed to identify their opinion on the effects of a potential second stimulus. The majority of lenders, 68%, believe a potential second federal stimulus will have a negligible effect on the current lending climate. Twenty-seven percent of lenders believe it would increase competition among lenders with lower rates and more borrower-friendly conditions, while 5% believe it will lead to more restrictive covenants and higher rates.

indicated deterioration of their current portfolio is their biggest risk, while 14% believe booking riskier loans with a lower risk/return ratio will be their greatest risk over the next six months. Of the lenders surveyed, four percent selected ‘other’ reasons to be the greatest risk to their institution.

Customers’ Plans in the Next Six to Twelve Months

A question routinely asked to lenders is to identify and rank potential customer actions in the next six to twelve months. Garnering the highest percentage of responses (53%), were the lenders that expect their customers to make an acquisition, raise additional capital, and make capital improvements in the next 6-12 months. Of the lenders surveyed, 47% expect customers will introduce new products and services, while 37% believe their customers will enter new markets.  Additionally, expectations for hiring new employees grew 13 percentage points to 32%.

Another question posed to survey respondents is whether they expect economic indicators to be up, down, or remain at the same level over the next 6 months. The question drills down even further into specific economic indicators including, but not limited to, unemployment. Our survey utilizes the Diffusion Index to measure lender sentiment.  The Diffusion Index is calculated by subtracting the percentage of negative expectations from the percentage of positive expectations. In Q4/20 we saw an increase from lenders on unemployment metrics when compared to the Q3/20 results. The unemployment diffusion index increased 7-percentage points to -43% in Q4 2020 compared to -36% in Q3 2020.

While lenders predict a slow and choppy economic recovery after COVID-19 and a potential second stimulus is expected to have a negligible effect, the results from our Q4/20 survey indicate lenders seem to be optimistic about the near-term U.S. economy as we enter 2021.  However, lenders remain cautious in regard to the long-term U.S. economy, and Phoenix will continue to measure lender sentiments on the long-term economy throughout 2021 as we begin our exit and recovery from the COVID-19 pandemic.

The Phoenix Management “Lending Climate in America” Survey is conducted quarterly. To see the full survey results for Q4 2020 as well as to view the infographic, please visit http://www.phoenixmanagement.com/about-phoenix/lending-survey 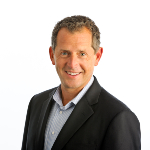 Michael E. Jacoby is a Senior Managing Director and Shareholder at Phoenix Management Services. He has served in advisory capacities, as well as interim management positions for more than 270 Phoenix clients in a wide variety of industries since joining Phoenix in 1992. He can be reached at mjacoby@phoenixmanagement.com.

Jessica J. Zwirzina is the Marketing and Communications Manager at Phoenix Management Services. She can be reached at jzwirzina@phoenixmanagement.com.