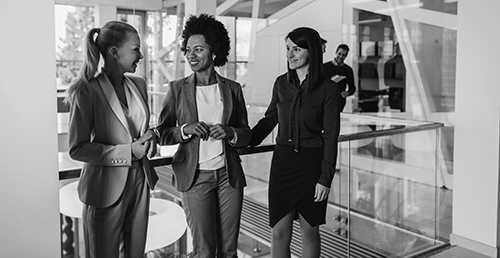 The mission of the SFNet Women in Secured Finance (WISF) group, formerly known as Women in Commercial Finance (WICF), is to promote the advancement of women in leadership in the secured finance industry through networking, education, and advocacy.

This group is a force in the historically male-dominated secured finance industry. As the demographic make-up of our workplaces are shifting, we are seeing more women joining our association and making their mark.  Since its inception in 2013, WISF has been one of the largest, fastest-growing and active networks within our community.

In addition to sharing experiences, celebrating successes, and growing personally and professionally, our WISF members have taken part in a number of endeavors, including:

We invite you to become part of the SFNet Women in Secured Finance community.

Membership is free and enables you to receive news and announcements as well as connect with other members of the WISF community. We review applications to make sure that our membership is restricted to women genuinely engaged in the secured lending and factoring industries. Fill in the form below and we will contact you.

Below are the Women in Secured Finance The Secured Lender has profiled, click the year to read.