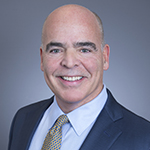 Joseph Nemia is head of Asset Based Lending (ABL) at TD Bank, America’s Most Convenient Bank. As Head of ABL, Nemia is a key member of the bank’s Corporate & Specialty Banking leadership team. He oversees a team of ABL lenders with experience in developing strong customer relationships by delivering solutions to meet its customers’ financial needs. ABL offers clients a flexible cost-effective financing solution by leveraging assets and maximizing liquidity.

Nemia has more than 30 years of experience in corporate finance. He joined the bank in 2011 from RBS Citizens Financial Group where he served as president of RBS Commercial Finance. Prior to RBS, Nemia was at CIT where he served as president, Commercial and Industrial. He was also a senior managing director at GE Commercial Finance where he held a number of leadership positions during his 14 years with the company. He was a founding member of GE Commercial Finance and was instrumental in the middle-market build-out of the ABL business. He completed GE Company’s Global Business Management training in Tokyo, and received Black Belt certification in Six Sigma.

Nemia is a Trustee of National Jewish Medical and Research Center, he serves on the Board of Directors for Junior Achievement in Stamford/Greenwich CT, and is a member of Loyola School’s Finance and Audit Committees. He is a former SFNet chairman and president.

He is a graduate from Pace University – Lubin School of Business, BBA, MBA.

My father, also Joseph Nemia, worked in the industry. As a child, you have a nebulous idea of what your parents do—I would go to his office on the weekend and play with the adding machines and the Xerox copier—who knows but that may have planted the seed. I graduated college with a degree in accounting and knew I did not want to work in public accounting. Instead, I accepted a position as a field examiner with Chase Manhattan Bank in New York City. Since then, I have been fortunate to work for some great industry leaders and institutions. As history repeats itself, I can proudly say I am able to pass some of my knowledge to my son, another Joseph Nemia, who is now in his seventh year in the industry.

The first step is to broaden your industry knowledge beyond your current job through formal education and industry insights. For example, young professionals should consider joining a local SFNet chapter to network and learn. For me, graduate school, which I attended at night while working full time, imparted on me a deeper understanding of banking and finance. Finding a mentor is an invaluable investment, as much of our business is experiential and talking through experiences with a mentor is a great way to learn.

My favorite memories are centered around the community and culture of our industry.

One great memory is when I was honored by National Jewish Health and as an industry we raised close to $500,000. My family was there, including my young children, so I was glad they were able to see the importance of community giving.

I also fondly remember my keynote as the outgoing chairman of SFNet. It’s wonderful to see how the Association has evolved over the years. When I first started, conferences were held in formal settings with business formal attire. Over the years, I had recommended the organization hold conferences in resorts with business casual attire. As I gave my keynote at the JW Marriott in 2007, I remember seeing a large audience in business causal. I pushed for business casual and resorts, and the old guard thought I was such a maverick.

What role has SFNet played in your career development?

SFNet has played a fundamental role in my career development. My initial involvement began with a weeklong field examination class. I later became an instructor for the business development class and was given the Instructor of the Year award at the organization’s annual convention. Along with two other industry leaders, Terry Ullrich and Joe Huston, we started the local New York chapter.  Terry Ullrich is also being honored posthumously and receiving a lifetime achievement award for his contributions to the industry, and I am proud to have worked alongside him. Right from the start, we had 150 lenders at our first meeting. Today there are over 20 local chapters, and it’s rewarding to watch the program continue to grow.