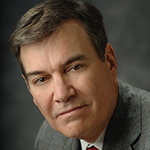 Mr. Helfat specializes in the representation of foreign and domestic banks, commercial finance companies, sponsors and other specialty lenders in the restructuring of secured loan transactions, including workouts, forbearance and restructuring agreements, Chapter 11 Debtor-in-Possession and “Exit” financing facilities and use of cash collateral.  Mr. Helfat has also had extensive experience enforcing and defending the rights of financial institutions in both state and federal court litigations and represents various chief restructuring officers in Chapter 11 cases.

Mr. Helfat graduated from American University, received his law degree from the University of Louisville School of Law and a Master of Laws (Corporation Law) from New York University.

Mr. Helfat is Co-General Counsel to the Secured Finance Network and co-authors a column in The Secured Lender magazine relating to current legislative and judicial developments in asset-based lending.  He has also represented the SFNet in the filing of various amicus briefs before the United States Supreme Court and other appellate courts relating to issues affecting secured lenders.

Mr. Helfat is also a Fellow and Past Regent of the American College of Commercial Finance Lawyers, was previously a member of the Bankruptcy Judge, Merit Selection Panel for the United States District Court, Eastern District of New York, and has been recognized as a “Super Lawyer” and “Best Lawyer”.


What advice would you offer to someone just starting out in our industry?

What are some of our most memorable moments of your career?

While becoming a shareholder in my law firm, achieving industry recognition, seeing the lawyers I mentored succeed and being recognized by our clients for various legal successes are certainly among my most memorable moments, I would like to share a SFNet (formerly Commercial Finance Association) “memorable moment” that reflects upon the benefits of having a mentor in your organization.  My partner and mentor was Alan Weiskopf.  One day Alan came into my office and advised me that it was time for me  to get involved in SFNet - an organization that I had heard about, of course, but at the time had never participated in.  Alan took me to one of the annual conventions and introduced me to many of the members, whose names I had overheard in the office but never met. He then insisted I meet two of his closest friends, Len Machlis, the then Executive Director of SFNet, and Richard Kohn.   When we returned from the convention, Alan pushed me to keep up these contacts, which I did, and which lead eventually to Richard and I becoming Co-General Counsel to Secured Finance Network.

As Co-General Counsel to the Secured Finance Network, I have been able to be work with  “the best and the brightest” leaders in our industry on significant issues that affect our members. Who thought a boy from Queens, NY would have the opportunity to co-author briefs to the United States Supreme Court and propose legislation behalf of SFNet?

I have been lucky enough to spend my entire legal career at the same law firm. When I started my career at Otterbourg, I initially worked for the late Conrad (“Connie”) B. Duberstein, who eventually left Otterbourg to become the Chief Judge of the United States Bankruptcy Court for the Eastern District of New York.  While working with Connie, I represented unsecured creditors committees -- I had no exposure to representing secured lenders.  One day I was introduced to a new client that my partner Alan Weiskopf had developed, Congress Financial Corporation, and its then-president, Bob Miller.  One of the Congress’ loans was in distress and Alan asked me to help out. I immediately saw an opportunity and treated this assignment as if it was my only matter.  I worked extremely hard on trying to find solutions for the client and constantly involved the client in the process.  I honestly don’t remember the result, but the client appreciated being consulted every step of the way, and that I was trying to do all that could be done to achieve the best recovery.  This led to many other matters from Congress Financial, as well as being referred matters from other secured lenders.