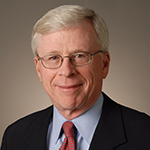 Mr. Bernstein received his A.B. degree from Cornell University in 1965.  He received his J.D. degree from Harvard Law School in 1968 and was admitted to the Illinois Bar in that year.  He retired from the law firm of Sidley Austin LLP in 2018. He is a member (emeritus) of the National Bankruptcy Conference, a fellow in the American College of Commercial Finance Attorneys and a member of the American College of Bankruptcy.  Mr. Bernstein is a former general counsel of Secured Finance Network, formerly Commercial Finance Association and a former chair of both the Chicago Bar Association Commercial Law Committee, and the Illinois State Bar Association Section on Commercial, Banking and Bankruptcy Law.  Mr. Bernstein served for many years as a member of Sidley’s Management and Executive Committees, as managing partner of Sidley’s New York office, as chair of Sidley’s New Business Committee, as co-chair of Sidley’s Professional Risk Management Committee and as a member of Sidley’s Office of General Counsel.

My interest in secured finance began as a second-year law student when I took my law school’s very first course in UCC Article 9 (Security Interests in Personal Property). Having greatly enjoyed the course, I requested to work with a banking partner at the Buffalo law firm I clerked with during summer of 1967. The firm’s largest client was a major western New York bank and, consequently, I had the opportunity to work on a number of problems the bank was facing. I enjoyed both the work and people I worked with and, while they invited me to return after graduation, I concluded that I wanted to try to find a firm in a larger financial center.  During my interviews in a number of cities, including Chicago,  I met Bruce Schimberg, with whom I spent over an hour discussing his bankruptcy and secured finance practice. Bruce was a champion recruiter and convinced me to come to work with him even though I had the misguided idea that I might try tax law as well. I joined Bruce’s firm (Leibman Williams Bennett Baird and Minow) in 1968 (Leibman later merged with Sidley Austin in 1972) and was immediately exposed to a very significant project for Secured Finance Network (at that time it was National Commercial Finance Conference) involving the enforceability of the “floating lien” on inventory and accounts receivable under the UCC and Bankruptcy Code. That fall I also attended my first annual convention of the then-NCFC at the Waldorf Astoria Hotel in NY where Bruce introduced me to a number of people in the Conference’s leadership.  I loved the experience and the rest (50-plus years) is history.

Since I began my career in the law, and not in the finance industry, it would be a bit presumptuous of me to offer advice in this area, but if one is generally interested in finance (how money moves in and out of various types of transactions and structures) try to find a bank, finance company, fund or other similar organization with an excellent reputation for success and longevity, and maybe even more important, for ethics and integrity. It takes a whole career to build an excellent reputation and only one ethical misstep to ruin one. Capable, ethical leadership is critical. Find it and stick with it.

Two of my more significant and exciting professional experiences involved representing the three agent banks (Citibank, Bankers Trust and Manufacturers Hanover) that provided the secured financing which in large part funded the first leveraged buyout of R.H. Macy & Co. At the time the deal closed in 1986, it was one of the largest and most complex LBO transactions ever completed. Second, and equally challenging, was representing all the Japanese banks that had provided trade financing to Chrysler Corporation prior to its government bailout. This matter involved everything from preparing clients for testifying at a U.S. Senate Banking Committee hearing to a skyscraper fire at 350 Park Avenue in New York that almost resulted in the loss of closing documents on the eve of the closing.

SFNet was instrumental in the building of my career. It allowed me to meet and work closely with outstanding people who were leaders in the asset-based lending industry and gave me the opportunity to work on significant projects that helped shape the law which underpins secured finance. I was fortunate to have been able to represent the association in helping shape the Bankruptcy Code, the Uniform Commercial Code and Uniform Fraudulent Transfer Act. I was also able to contribute to the preparation of several amicus curiae briefs supporting a number of issues of material significance to our industry. But most important, SFNet provided me with a fertile environment from which I was able to develop friendships that have lasted decades. To this day. I remain close with people I first met at SFNet events in the early 70s.