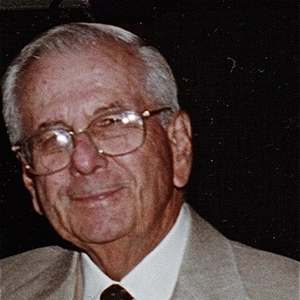 Harry Abrahams had a philosophy: the person is the real collateral. If you back the wrong horse, your collateral won’t be worth wallpaper.

On this doctrine, Harry’s son, Burton Abrahams, built his career and grew Walter E. Heller & Company into a bastion of international finance. Chicago-born and bred, Burt Abrahams graduated from Northwestern University with a Bachelor of Economics and founded Financial Acceptance, an automobile finance company, with his brother, Robert. In October 1960, Burt and Robert joined Heller & Company at the behest of Walter Heller himself and Burt was named Manager of Midwest Commercial Finance Operations. In 1970, Burt was elected president of Walter E. Heller Overseas, where he personally expanded Heller into 26 countries, building Heller into a global finance leader. Upon the sale to Fuji Bank in 1983, Burt embarked upon a series of compounding successes: he managed asset-based lending for First Chicago’s Credit Corporation, became SVP of Fremont Financial, served on Roosevelt University’s Board of Trustees, served as president and chairman of the Secured Finance Network, and capped his stellar career with The Randolph Group.