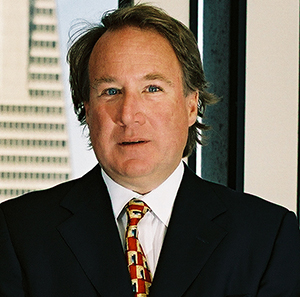 Bill Stucky has spent the majority of his working life leading a software company that has served the asset-based lending industry.  Since writing the first ABL program at age 23, he is now retired at 66.  He was born in Fort Wayne, Indiana and received a B.A. in mathematics at Indiana University in Bloomington.  Upon graduation, he traveled to Calistoga in the Napa Valley and started working at Bob Mondavi’s Winery, quite a change from Indiana.  He then moved on to Berkeley and starting a career in programming, serving multiple industries and finally focused on the asset-based lending business.

He and his wife, Elizabeth, have enjoyed extensive travelling and spend three months in Europe and three months in Asia a year.  A seasoned sailor and power boater, being on the water is one of his best loves.

I was very fortunate to arrive to an industry that was on the cusp of a major automation adoption, the world of asset-based lending in the late 1970s.  At that time, there were a couple mainframe and minicomputer systems for the finance business, as well as old mechanical Burroughs ledger machines with large format yellow paper and a magnetic strip, but that was it.

I had a limited finance background, as I had arrived to northern California with a math degree and several programming classes under my belt.  My friends introduced me to programming mini-computers at Berkeley and I was off to the races, building systems for over six unique industries in the Bay area. I was hired to write a system for an asset-based lender, Commonwealth Financial.  With Jim Cosmot’s direction as the CFO and his expressed desires for an automated system of his design, I was given an entirely new education.

Soon after, William Stucky & Associates was born and the creation of a mini-computer system for the ABL independent finance companies, like State Financial and the major banks in California.  Bill Plein, the CEO of Commonwealth, had an idea for me: I should create a brochure and arrive at the annual SFNet conference at New York’s Hyatt Hotel and place the brochures on everyone’s chairs before each scheduled meeting.  I survived exactly one day and was asked not to return.  Mr. Plein interceded with Len Machlis and Bruce Jones and out of this ordeal was the creation of the Annual Vendor Exhibition space for companies that supported the industry.

The most important moment for our future success was the purchase of one of the first 10 IBM PCs sold in San Francisco.  With the help of Andrew Lim, my first employee and right-hand man, we designed an ABL system for this PC.  I remember attending one of the SFNet conferences and holding court at a long conference table in a high suite above the Exhibition Hall, with the monochrome green screen shining and two floppy disk drives blinking red as I demonstrated this revolutionary system to 10 bankers watching over my shoulder.  For over 25 years we dominated selling this PC solution with a 95% annual sales adoption rate to banks and finance companies.   We have installed over 450 copies of this system in the United States, Puerto Rico, Canada, Hong Kong, Singapore, England, South Africa, Tunisia, and Zimbabwe.

We eventually went on to develop a complex Commercial Loan system, used by Boeing and others, and an extremely robust factoring system that was the backbone for Rosenthal & Rosenthal Inc., and Wells Fargo Bank operations. I want to especially thank my great staff and the wonderful mentors I have had over the years.

It’s been a wonderful and exciting 42 years and now this last February it was time to hand off the company to IDS and Thomas Bravo to continue supplying state-of-the-art systems to the finance world.