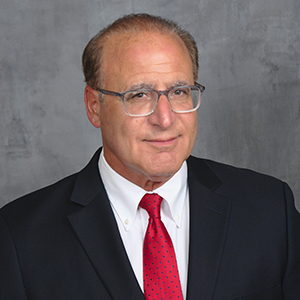 Michael Maiorino defines the pinnacle of his career as serving as president of the Secured Finance Network in 2013.

He started his career in the late 1970s as a field examiner at Citizens Bank in Providence, RI.  Later, he received an offer to join Marine Midland Bank (later HSBC) in Buffalo, NY as a commercial finance officer, which was his first exposure to handling accounts.  A few years later, Maiorino opened a New York City loan production office with several other people and had his first taste of business development for Shawmut Bank (later BofA).  In the late 1980s he relocated to New Jersey to take a job as a regional manager for United Jersey Bank/Summit (later Fleet/BofA) based in Princeton, NJ.  It is there where Maiorino’s career blossomed when the SEVP and chief corporate banking officer, Stephen H. Paneyko, a former Citi banker, selected him to be his chief administrative officer, where he was exposed to all aspects of commercial banking.  The role evolved into direct management when Maiorino merged multiple ABL units, borne out of acquisition, into one cohesive unit and then subsequently acquired National Canada Finance Corp.  He eventually ran a Specialty Finance business consisting of ABL, leasing, aircraft finance, leveraged finance, and international trade finance.  Subsequent to the acquisition by Fleet, Maiorino ran a division within Fleet Capital Corp.  He then joined Sovereign Bank (later Santander) and assumed a similar role growing a collection of specialty businesses and later acquiring Business Alliance Capital Corp.  After Santander acquired Sovereign and realized that asset-based lenders generally have good workout skills, they asked Maiorino to take on part of a multi billion workout portfolio.  Lastly, the past 10 years was spent building and acquiring a variety of specialty businesses for People’s United Bank which, Maiorino said, is probably the most fun he has had and the most successful period in his career.  People’s is now being acquired by M&T Bank.  “I’m not sure yet what the future holds, but this industry has afforded me more opportunities than I could have ever dreamed of,” Maiorino said.

Probably the most memorable moment in my career was being asked to coordinate a team investigating a major fraud being perpetrated against one of the banks I was with (happy to say I did not originate it).  I spent three weeks in Tampa with a team of workout people, auditors, forensic accountants, and others trying to understand the potential impact.  Ultimately, the bank, with the strength of its convictions, filed a writ of replevin, looking to take immediate possession of all assets.  The writ was filed with the court late in the day and the Hillsborough County Sheriff’s Office could not serve the writ until noon the next day.  We arrived early only to observe our inventory being removed.  They had been tipped off!  We called the Sheriff, who was staging close by, and they immediately descended en masse, apprehending multiple parties including some aggressively looking to escape, resulting in car chases with some resisting arrest.  Quite a day!  These people ultimately did a considerable amount of prison time and were forced to make some restitution.

As for advice, I am a strong believer that to be successful, one needs to know their strengths and weaknesses.  With that as a starting point, a leader needs to play to his strengths and minimize his weaknesses by having the confidence to surround him/herself with people that are strong in those areas of weakness.  It requires an honest self-appraisal, and it constantly surprises me when I see leaders who cannot do that self-assessment.  I have asked most people who have worked for me in recent years to complete a self-assessment tool that we all share with one another, including mine.  Knowing what makes people tick is the ticket to success.