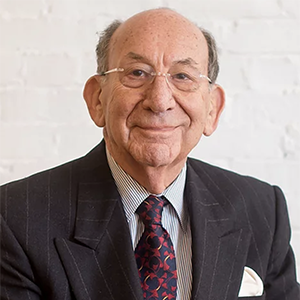 John Fox has served as chief executive officer of Forest Capital LLC and Rockland Credit Finance LLC. He started his career in banking in the UK and has been involved in commercial finance since 1970, both in the UK and USA. He has worked for major institutions and privately owned-finance companies. Fox has purchased and sold a variety of businesses. Before joining Capital Foundry, he developed both Rockland Credit and Forest Capital into preeminent companies in their fields and areas of expertise.

Fox has a Ph.D from the University of Cambridge in mathematics as well as B.A., M.A. and M.B.A degrees from Cambridge. He has performed post-graduate work at Cambridge and London Universities in mathematical modeling as applied to random numbers. He was commissioned as a pilot in the Royal Air Force.

What advice would you offer to someone just starting out in the industry?
Commercial finance is not just an academic exercise in learning and application. It also embodies an understanding of human nature and the ability to make judgments.  So, in the beginning, listen. Listen to your teacher. Develop a rapport with your teacher. Your teacher may not be as well qualified as you academically, but he/she has many years of experience in separating wheat from chaff and knowing a con man/woman when they meet one. Listen to what is being said by your prospective borrower. Don’t interrupt, listen. Based on what you hear, you can develop the timing and the direction of the way in which you want the interview to go. Know Your Customer. KYC. Very important. It might appear that this is a simple straightforward absorption of numbers and ratios and percentages. But it isn’t. It is all about how you work with a prospect (and hopefully a client) and how they work with you. Finally, remember you cannot have an adversarial relationship. It will never work out satisfactorily and the best advice I have is not to lose the institutional capital you have put at risk. I say risk because there is no reward without risk. It’s a matter of conservative judgment.

What are some of the most memorable moments of your career?
Although this might seem like a promo for SFNet, it isn’t.  I really and truly believe that, without the amount I learned, the friends I made and the advice I received, I would not have been successful, or survived.  My first mentor was Walter Einhorn in his Meridian days. He was chairperson of the Philadelphia Chapter of SFNet, and he took me under his wing.  He was a tough guy to please and brooked no nonsense, but could not have been more open and sharing with his colleagues.  I miss him a lot. Second, not so much a mentor, but a friend and colleague, Don Clarke. We met at the SFNet Annual Convention in Chicago and got on well. He did field reviews and examinations of clients and always told me the truth, warts and all, about my portfolio. Next is Charlie Johnson, one of my heroes. Again, like so many others, Charlie offered advice, corrected my enthusiasm where necessary and was a great guide and leader. Last, but not least, is Peter Schwab.  We did a participation together and his experience and knowledge were greatly appreciated, as was his judgment on whether my reach was too risky. Now, I do not want you to think that there weren’t many others who shared their experiences, and I would be remiss if I did not mention how much Len Machlis and Bruce Jones looked out for me.

What role did SFNet play in your career development?
SFNet was and still is my career flag-post and whichever way the wind blows, my colleagues, my friends, are always there for me.