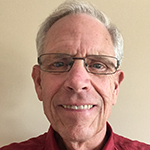 Jack Hoekstra was executive vice president for Capital One Leveraged Finance (formerly North Fork Business Capital) when he retired in 2008.  He has 40 years of management, sales and marketing experience in the financial services industry.

In July 2004 Jack teamed up with a small group of senior executives to start up a national asset-based lending business for North Fork Bank that was eventually sold to Capital One.  Prior to this venture, Jack spent 14 years with Transamerica Business Capital as executive vice president/national marketing director responsible for national sales and marketing activities.  He began his career at General Electric Credit Corporation spending ten years learning the business and managing a regional office.  He also held management positions at IIT and Bank America Commercial Finance and was senior vice president/department head for Mellon Financial Services.

Jack is a past chairman of Secured Finance Network (formerly CFA) and was founding president for the Midwest Chapter in Chicago.  He currently serves on two not-for-profit boards:  A Residential Services for Adults with Disabilities and Developmental Needs and an Urban Chicago Emergency and Special Needs for Under Privileged People agency.

The opportunity to get involved in our industry came out of a friendship.  I had enlisted in the Army Reserves just prior to getting married in 1965.  Over time I developed a friendship with one of the Reserves who worked for G.E. Credit and he suggested that I apply for a position in his branch office.  I followed through on his suggestion and ended up staying for 10 years.  With their intensive training programs, I learned everything from effective listening to effective presentation to financial statement analysis to auditing skills.  They also had a very strong training program to assist in developing quality managers and it was staffed by their own people.  The training sessions ran from one-to-two weeks and were held at out-of-the-way locations where there was basically nothing else to do but study.  I learned basic credit and collection skills.  Essentially, how to lend money and how to get it back.  Then we were trained in sales, marketing and management, how to generate new business, grow a portfolio and manage and retain top quality people.  After five years, I became a manager.

Our industry and the Secured Finance Network (formerly CFA) had a very positive influence on my life and career development.  I benefited from a business and educational perspective that I would have never gotten in a classroom.  Attending my first annual SFNet convention in 1984, my wife and I were young and total “rookies” at understanding what being a part of the Association could effectively mean for us.  On our second day there a couple from New York we had never met before were kind enough to offer us the opportunity to join them and another couple for lunch.  Well, thanks to Larry and Karen Marsiello, two naïve people from the Midwest felt a lot more comfortable and welcome to this large New York national association.  At the Convention’s closing dinner, I told then-executive director Len Machlis that I wanted to make a personal commitment to someday becoming actively involved in a meaningful way for the Association.  Six years later, I had the opportunity to establish the Midwest Chapter and through the years it has grown to become one of the larger Chapters.

The early experiences that I gained from my involvement in the Chapter were extensive.  They provided an outstanding networking opportunity and I built relationships with other professionals who shared common goals, interests and objectives.  It ultimately developed into countless new business opportunities and club transactions, in buying and selling syndicated deals.  It also led to establishing long-term relationships with a variety of service providers who also looked to work together with us on new business opportunities.

The Chapters and, more importantly, the individuals who make up those Chapters, have been and always will be this Network’s greatest asset.