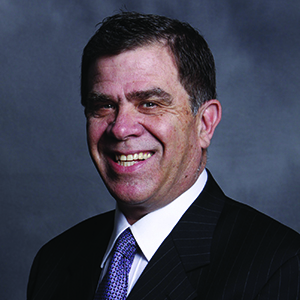 Bruce A. Sprenger has been a leader in the asset-based lending community throughout his 40-plus year career from his home base in Milwaukee, Wisconsin.  Sprenger began his ABL career in 1978 at Firstar Financial Services and has been instrumental in the success of various ABL teams, including LaSalle Business Credit, Cole Taylor Business Capital, MB Business Capital, and Fifth Third Business Capital before retiring in 2019.  Sprenger has been a member of SFNet since 1979 and been a tireless contributor to its success since joining the National Board of Directors in 1990, including being a past chairman and president.  He also attended the Wharton School CFA Institute at the University of Pennsylvania.

I retired in June of 2019 from Fifth Third Business Capital after 47 years in the ABL industry. I started as an examiner out of college for six years for First Wisconsin. The examiner role was great experience, touching most facets of banking, from retail and commercial lending to back-room operations, retail card, trust, real estate, investments and international banking, including exposure to our Edge Act operation in NYC. The general auditor was my first mentor and he found an opportunity for me to transfer to a small asset-based group, First Wisconsin Financial. Around 1970 this shop was a start-up as key staff left a small commercial finance company, Civic Finance, prior to its sale to Aetna Insurance. Frank Quinn, Clarence Savadil and Bob Schwaab left Aetna and started an ABL at First Wisconsin. Frank, Clarence and Bob mentored me in leadership, credit, operations and sales management  when I joined in 1976.  Also of note, the Civic general counsel John Nickoll (later founder of Foothill) was on the West Coast running an office for Civic . By 1990 I was asked to head up the First Wisconsin group as president. We expanded through the Midwest. At a CFA event (now SFNet) I met Walter Macur and Mike Sharkey. In 1999 I joined LaSalle to start up a new region for LaSalle Business Credit. That region grew to 17 states, four offices. I also was responsible for all non-credit cross-sale delivery and marketing for the group. We expanded our region  coverage to Europe where I led a team that established four European offices to deliver ABL through our parent ABN-AMRO’s  European platform. LaSalle was later sold to BofA and  I participated in a nationwide start-up ABL at Cole Taylor Bank, later acquired by MB Bank, which ultimately was acquired by Fifth Third. Lots of branding changes in a relatively short time frame.

My undergrad work was completed in finance at Valparaiso University. Following on, I graduated from the first class at the three-year CFA Institute sponsored at the Wharton School. I later attended Northwestern’s Kellogg School, earning an Executive Scholar in sales and marketing and later graduated from the first Kellogg Chief Marketing Officer program.

What advice would you offer to those just starting out in the industry?

Be a good listener with clients, prospects and colleagues. It is easier to learn this lesson early, as you will gain more insight and demonstrate more personal interest to work together.

Remember that collateral and cash flow are important, but the people you work with in the relationship are key, both clients and colleagues.

I would also advise newcomers to guard your integrity and personal reputation of fairness, as it will serve your career well  and foster trust in those around you.

Be prepared, always; research industries and their challenges as part of the process to understand clients’ needs and opportunities; they will appreciate your preparedness.

Be creative; delivering a solution usually has options to serve the client’s needs and protect the risk in your organization. Trust your gut; it is your most valuable credit policy.

Value your peers, diversity and the spirit of competiton; at the end of the day, our industry is a small universe.

What effect has SFNet had on your career?

I encourage you to get involved in the industry, to share experiences and create long term friendships. I had the privilege, early on, to serve and be served through education and networking. Being active on committees of the SFNet and taking on leadership roles are rich opportunities to grow personally and professionally. Having assisted in SFNet training, World Bank experiences in China, Mexico, Columbia were most rewarding. Now as a permanent member of the SFNet Executive Committee, serving as past president and chairman, I was honored to serve our industry.