By Jeffrey A. Wurst

The time and cost of liquidating collateral can often be prohibitive and is always a nuisance. Of course, this problem is exacerbated when the asset value is less than the balance owed to the secured creditor(s), leaving no value for unsecured creditors. Lenders often step up and carve out an amount to be distributed to unsecured creditors to enable a Chapter 11 to proceed to effect a sale of the debtor’s assets free and clear of liens. Some consider this to be a price to be paid by secured creditors for the privilege of utilizing the bankruptcy court to sell their collateral. Thus, the cost of a bankruptcy can be very expensive not only to the debtor, but also to the secured lender. As a result, small and middle-market companies and their lenders have grown receptive to non-bankruptcy vehicles for the disposition of assets.

State law assignments for the benefit of creditors (ABCs) have grown into a popular alternative to bankruptcy. This is often a nonjudicial proceeding existing under a state’s debtor-creditor law where a debtor selects an assignee to liquidate the company’s assets. Some jurisdictions (including New York) provide for judicial proceedings where the ABC is supervised by the court and the court ultimately issues an order confirming the liquidation.

Article 9 of the Uniform Commercial Code provides for a fast, simple and effective process for liquidating a secured lender’s collateral. Of course, the Article 9 sale must be conducted in a commercially reasonable manner. Commercial reasonableness, however, is measured by the process and not by the results. Notice is only required to be given to the debtor and secondary obligors on the secured debt (e.g., guarantors, co-borrowers, etc).

In recent years I have found myself involved in more and more Article 9 sales. For example, when a bankruptcy judge would not permit a bankruptcy §363 sale (claiming that the sale would be a sub rosa plan) we obtained relief from the automatic stay to enable our lender-client to sell the assets in an Article 9 sale – fully disclosed to the Court and the creditors. In other situations where the assets are insufficient to pay the lender in full, instead of funding a borrower’s Chapter 11 and carving out amounts for unsecured creditors, we are turning to Article 9 to realize on the debtor’s collateral.

We recently represented a client who was interested in acquiring the assets of a distressed company where the liabilities owed to three secured lenders exceeded the value of the collateral. The debtor wanted to sell and the junior-most lender was amenable to a discount.

The purchaser, however, was reasonably concerned that unsecured creditors might try to upset the sale made in an arms length transaction. We worked with our client in purchasing the assets from the junior-most secured party – subject to the senior creditors’ liens – in a public sale in accordance with Article 9. Notice of the public sale was published and sent to all known unsecured creditors.

The reason for such broad notice – in excess of what is required under the UCC – was to flush out a challenge before the purchaser committed and to allow him to exit should a challenge arise. The sale proceeded without objection. The junior most secured creditor willingly accepted a payment that was less than the debt owed and the purchaser ultimately paid off the senior debt.

Thus, the purchaser was able to acquire the assets free and clear of all liens, except without the benefit of a bankruptcy court order. Of course, there are purchasers and secured creditors who are unwilling to proceed in this manner out of fear of post-Article 9 sale litigation challenging the efficacy of the transaction.

Shortly after that sale was concluded, a decision was issued by the New York State Appellate Division which was spot-on in addressing the concerns of buyers in Article 9 sale. As a result, the decision sparks thoughts for an expanded role for Article 9 sales.

Atlas MF Mezzanine Borrower, LLC (Atlas), the debtor, brought an action asking to unwind a UCC sale of the equity interest in 11 commercial properties which was collateral for Atlas’ $71 million mezzanine loan, borrowed from defendant Macquarie Texas Loan Holder LLC, the secured creditor. The properties were valued at $240 million and subject to senior loans aggregating about $140 million.

The history of this action is interesting. When Atlas failed to pay its loan at maturity and after a brief forbearance period, Macquarie served Atlas with a “Notification of Disposition of Collateral” which set forth the proposed terms of a nonjudicial public sale of “[o]ne hundred percent (100%) of the limited liability company interests in Atlas MF Holdco, LLC.” The sale was published in The Wall Street Journal and a data room was established to enable prospective purchasers to conduct due diligence.

Atlas brought an action in Federal Court to enjoin Macquarie’s sale of the membership units. However, the Court denied the injunction, Ruskin Moscou Faltischek, PC holding that there was no irreparable injury (a critical prong to be established in order to obtain an injunction) in that Atlas could be satisfied by a money judgment should Macquarie act improperly. Atlas, through an affiliate, then qualified to bid at the auction.

Four bidders appeared at the auction including Atlas’ affiliate. After bidding closed, Macquarie rejected Atlas’ highest bid because it was not satisfied that Atlas had the ability to close and proceeded to accept a lower bid. Following the sale, Macquarie transferred ownership of the LLCs to the purchaser. Atlas then brought an action in state court for a declaratory judgment that Macquarie improperly rejected Atlas’ bid, that Macquarie lacked authority to transfer the membership units, that the sale was commercially unreasonable and other claims not relevant to this article. Macquarie brought a motion to dismiss the action, which motion was denied by the trial court and Macquarie appealed.

In its complaint, Atlas alleged that under equitable considerations, the Court had the right under UCC 9-617 to declare the sale void, to order the sale unwound and order the property returned to Atlas. The Court ruled that Atlas erred in its interpretation of UCC 9-617 stating:

The Court reversed the trial court and dismissed Atlas’ cause of action to unwind the sale, holding that the UCC did not provide this as a remedy available to a debtor and that the debtor retained the remedy of money damages if it prevailed on its claims. However, the Court did not dismiss Atlas’ cause of action on commercial reasonableness, stating that involved a determination of fact that could be done on a motion to dismiss. The court also declined to dismiss Atlas’ claim that it was entitled to be paid the surplus attained at the sale inasmuch as Macquarie’s claim for attorneys’ fees (which exceeded the surplus) could not be determined on a motion to dismiss.

What is most significant from the Atlas case is the appellate court’s statement:

…if UCC sales could be unwound, it would only serve to muddy the waters surrounding non-judicial sales conducted pursuant to article 9 of the UCC, and to deter potential buyers from bidding in non-judicial sales, which would, in turn, harm the debtor and the secured party attempting to collect after a default.

The issue of commercial reasonableness is one that remains in any situation where a non-judicial disposition of collateral occurs but is easily manageable by the secured creditor assuring that it adheres to sound procedures in effecting its sale. The take-away, however, is that purchasers in secured party sales can take comfort that their acquisition will not be set aside – even if the selling secured party failed to effect the sale in a commercially reasonable manner. 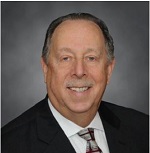 Jeffrey A. Wurst is a shareholder at Ruskin Moscou Faltischek, PC in New York where he is the chair of its Financial Services Banking and Bankruptcy Department. He is the author of www.WurstCaseScenario.com, a blog that covers topics of interest to secured lenders. He can be reached at jwurst@rmfpc.com.