The SFNet Q1 2021 Asset-Based Lending Index reflects ongoing confidence from lenders, but the larger story continues to be told by low, but slightly improving, utilization.  The US economy rebound expanded significantly during the quarter with the 6.4% GDP expansion marking the second-fastest pace for growth since the second quarter of 2003 and was exceeded only by the reopening-fueled burst of Q3 in 2020. This growth had a clear impact on portfolio health with non-accruals, special mention, and write offs continuing at low levels for both banks and non-banks.

Sentiment and confidence continue to improve, with the expectations for the economy and utilization up considerably, portfolio performance and new business demand were slightly up from the 4th quarter. Notably, a decline response was only reported regarding new business demand with all other outlooks receiving the expectation of remaining the same or improving. Lenders remained reserved on hiring expectations with no change over the previous quarter.

Commitments continued to grow at a similar pace to prior periods and surprisingly no quarterly reductions were reported during the most intense periods of the COVID-19 pandemic. Commitment growth for revolving loans continued with the overall trend and declines in term loan commitments continued. This trend is likely due to more lenders electing to place machinery and equipment into revolving structures or with bifurcated term loan B structures become more prevalent. An important note about commitment growth is that it was quite concentrated during the period with only 23.8 % of respondents noted new credit commitment increase during the period. In the 4th quarter growth was more even distributed at 66.7%.

Outstandings increased by 2.8% to $77.5B but improvement in Q1 is typical due to retail paydowns in Q4. New outstandings did not outpace runoff and shows that the growth was driven by existing customers. The slight increase in outstandings drove utilization off its previous period lows increasing 30 basis points to 31.5% in 1Q 2021 but remaining relatively consistent with the trend seen after the defensive draws of Q1 2020. One silver lining is that almost half (48.0%) of lenders who reported on the referenced values in both 4Q 2020 and 1Q 2021 reported an increase in Q1.

Confidence and sentiment improved for non-bank lenders with similar expectations from the banks with a more positive expectation for utilization.  All lenders agreed that existing client utilization will increase or remain the same which is on target to the results found from the reporting. Portfolio performance and new business demand match that of the banks while expectations for business conditions were tempered at 2.25 vs. 2.56.

Commitment growth continued its positive trend increasing 2.1% in the quarter, is up 15.1% year over year, and has doubled since the 1st quarter of 2016 amongst the seven consistent organizations which consistently report. New commitment growth was decent with a net improvement of $92.6M, but these increases were concentrated amongst only a few lenders as 83.3% of respondents noted a decrease in new commitments compared to Q4. Given the concentration among respondents it looks as if the natural transfer of watch credits to non-bank lenders has yet to return to normal and only a few lenders have benefitted thus far. Q2 may be more telling, given the Fed’s discussions in March regarding the supplementary leverage ratio, which may open changes to risk-weighted capital requirements that could require banks to move on from rated credits.

Total outstandings increased 11.2% to $1,385.2M in 1Q 2021 but are still 3.4% below the levels seen during 2020 Q1’s defensive draws from beginning of the COVID-19 outbreak in the US. New outstandings rose by $11.9M showing that utilization gains of 11.1% were largely driven by portfolio draws during the quarter. Trending in a positive direction for the first time since Q1 2020, non-banks may have started their climb back to typical utilization levels in a big way.

Quarter one may not have been the home run seen by the greater economy, but trends are positive overall. Our Q4 and Q1 confidence questions noted that there is some expectation that utilization will rise as working capital needs increase and while this could be true for a limited number of bank respondents it looks as if most non-banks are benefitting. With the confidence index hitting new highs on all questions respondents are hopeful that the industry has found a bottom and will upswing along with the economy. 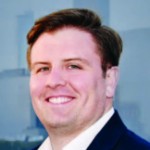