Off Target: How the Main Street Loan Program Missed the Mark

At the 2004 Athens Olympics, American air-rifle shooter Matt Emmons, the reigning world champion in the 50-meter three-position event, held a seemingly insurmountable lead.  Going into his final shot, Emmons was in first place and needed only a mediocre score to win gold.  Emmons aimed, fired, and hit his target – the wrong target, one lane over.  He received no score for that shot and finished in eighth place.

Emmons’ mistake illustrates the importance of aiming at the right target.  In April of 2020, amid the COVID-19 pandemic, the Federal Reserve and the Treasury Department announced the Main Street Loan Program (the “MSLP”), which was designed to provide emergency liquidity to small and mid-sized businesses.  Although well-intentioned, the MSLP, like Emmons, was aimed at the wrong target, and ultimately missed the mark.

In March of 2020, Congress passed The Coronavirus Aid, Relief, and Economic Security Act (the “CARES Act”) and granted the Board of Governors of the Federal Reserve System (the “FRB”) the authority to establish a “Main Street Lending Program” to support lending to small and mid-sized businesses on terms and conditions as the FRB may set consistent with the relevant provisions of the Federal Reserve Act.  After its initial unveiling in April, the MSLP faced major criticism and the Federal Reserve received over 2,200 comment letters from interested parties during the comment period.  The Secured Finance Network submitted several comment letters, recommending, among other proposals, that the Federal Reserve and Treasury (i) permit non-bank lenders to be eligible lenders, (ii) modify the MSLP’s priority and security requirements with respect to existing revolving asset-based credit facilities, (iii) modify the MSLP’s eligibility criteria to facilitate liquidity for asset-based borrowers and (iv) permit eligible lenders to continue to use LIBOR for some period of time and not require SOFR at origination.

In response, the Federal Reserve marginally revised the terms of the program and began issuing its guidance.  Three months after its announcement, the MSLP finally became operational in July.  The MSLP expired on December 31, 2020 and the Federal Reserve ceased purchasing loans on January 8, 2021.  Provisions for asset-based facilities were never implemented.

In all, the MSLP extended more than $16.6 billion in emergency credit to over 1,800 companies in 49 states and two U.S. territories.  While these figures may seem impressive at first glance, when viewed in the proper context, they show just how anemic the MSLP was.

Digging into the data, the Treasury Department was to initially make a $75 billion equity investment into the special purpose vehicle (the “SPV”) set up by the Federal Reserve to purchase loan participations under the MSLP.  In its April 9, 2020 press release, the Treasury Department touted that such investment “will enable up to $600 billion in new financing for businesses…”  So, even after the revisions to the MSLP to relax eligibility requirements and to expand the universe of eligible borrowers, the MSLP did not even achieve 3% of its initial suggested impact.  By way of comparison, as of January 31, 2021, the SBA had disbursed nearly $596 billion under the Paycheck Protection Program – over half a trillion dollars more than the MSLP.

So, what exactly went wrong?  In my experience, having closed numerous Main Street deals and having advised at the diligence phase of dozens of others, the primary downfall, as predicted by the thousands of comment letters, was that the terms of the MSLP were far too restrictive.  Frequent obstacles to potential transactions were the convoluted eligibility requirements, the priority and security requirement and the prohibition on paying dividends and distributions.  Even if those hurdles could be overcome, the benefits provided from the emergency liquidity (namely, deferred principal and interest payments) did not outweigh the costs of the strings attached thereto in many cases.

Even if SPV prior written approval is not needed, certain events may trigger notice requirements.  For example, a lender is required to use commercially reasonable efforts to furnish and convey to the SPV all written information and documents received by it (in its capacity as a lender) from time to time with respect to the Main Street loan as soon as practicable after the same are received by the lender, but in any event within three business days of such receipt.  Further, if such information or documents relate to any matter in respect of which a Core Rights Act is to be taken, the lender must furnish and convey such information or documents to the SPV as soon as practicable upon receipt and, in any event, prior to such time when such Core Rights Act is to be taken.  Lenders need to fully understand and appreciate the requirements of the loan participation agreement (which were non-negotiable) and the other documents that govern the participation.

Now that the MSLP is over, what lessons were learned?  First, policymakers need to be more flexible and listen to industry experts.  Many viable alternatives were proposed by financial professionals and industry groups and those solutions could have been implemented to make the MSLP more successful.  For example, Congress could have authorized a loan guarantee program or eliminated the prohibition on loan forgiveness contained in the CARES Act.  Rather than a “one-size-fits-all” approach to the MSLP, the Federal Reserve and Treasury Department could have relied on lenders to implement risk-based market terms (e.g., establishing different loan structures, interest rates, maturity dates and documentation requirements depending on the borrower’s individual circumstances) that would have expanded access to the MSLP while still protecting taxpayer interests.

A broader lesson learned is that every challenge also presents an opportunity.  Many national banks were initially not interested in participating in the MSLP because of their negative experience with the Paycheck Protection Program and tepid borrower interest.  In response, many regional lenders took up the slack and were able to secure deals that they might not otherwise have been able to get.  It will be interesting to see the extent to which those banks can build on the Main Street relationship and retain those borrowers going forward.  As we’ve seen throughout the pandemic, forward-thinking and opportunistic businesses have been quite successful.

We often hear the phrase “Main Street” used by politicians and political pundits to describe the hundreds of thousands of “mom-and-pop stores” and other small business that are so vital to our economic success.  By aiming at the wrong target, the Main Street Loan Program failed to serve the exact people after which it was named.  Fortunately, many of those Main Street businesses have the right target in their sights and have found other ways to survive.

The views expressed in TSL Express' articles are solely the views of the author and do not represent the views or position of the Secured Finance Network. 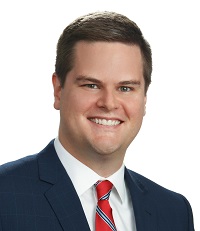