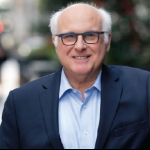 Jeffrey Goldrich, (pictured) SFNet’s 2021 president, has been in the asset-based lending and factoring business for over 40 years. He founded North Mill Capital, as its president and CEO, with its management group in 2010. In 1995 he co-founded, as a shareholder and COO, Business Alliance Capital Corp (BACC), a national commercial finance company based in Princeton, New Jersey. Goldrich and his partner sold BACC to Sovereign Bank (now Santander) in 2005.

Prior to that, he was a senior vice president and manager of the asset-based lending department of First Fidelity Bank in Newark, New Jersey.

TSL: Tell us a bit about how you got into the industry and your career path.

Goldrich: I unintentionally started my career in this industry as a collector at William Iselin and Company. William Iselin was a factoring subsidiary of CIT in New York City, and I remained in factoring for several years in various roles before I went into asset-based lending. I spent 10 years at First Fidelity Bank in Newark, New Jersey, and ended up running that group. In 1995, I started Business Alliance Capital Corp., (BACC), with my friend and colleague, Ted Kompa. Startups are difficult and we ran it for 10 years for an eventual sale to Sovereign Bank. I vowed never to do another startup but, in 2010, Dan Tortoriello, Betty Hernandez, Steve Carroll and Patti Kotusky and I started North Mill Capital. We acquired Prinsource in 1995 and we were fortunate to have Rochelle Hilson join the management team. In 2017, North Mill was sold to our single shareholder now, Solar Capital. Solar has an expertise in specialty finance, and they’ve been a terrific and productive partner for us.

How did you become involved in SFNet and what motivated you to become a volunteer leader?

I started going to SFNet Chapter meetings in New York and then New Jersey quite early in my career. I regarded it as a perk when I was doing collections in the mid ‘70s, to go to SFNet (then Commercial Finance Association) meetings and network with peers and people at all different levels. I was involved at the Chapter level and became the New Jersey Chapter president in the early 1990s. I always found the networking, whether local or later when I started going to things nationally, to be productive and it always helped me progress throughout my career. Going to those chapter meetings, even ones that were sparsely attended, and then going to the national conferences, created opportunities for me just by meeting people who I would otherwise have no access to.

So, when I started my own business, BACC, back in 1995, I had contacts nationally from bankers to independent lenders and factors, which definitely helped us launch that company. I developed very close relationships with people in the industry at all levels and it’s been invaluable. I regard the idea of being a volunteer for SFNet as more of a privilege. It was always a perk to be able to go to SFNet events early in my career and still is even at this stage.

What are your main priorities and goals as SFNet president?

The priorities have been affected by COVID because the customary in-person networking events and various meetings throughout the country aren’t possible now. I think SFNet’s advocacy efforts and education, including virtual webinars and conferences, are where it can play the most useful role at this time. Having those areas lead the way, and be the forefront of what SFNet is, will keep the organization relevant and meaningful and provide the most value to the members. These things are always valuable, but they become much more valuable when all of the other things that SFNet has been known for, such as networking and attending national events, must now be done virtually.

The quarterly ABL survey that SFNet prepares is particularly important at this time because it is providing critically important data from participating bank and nonbank lenders. We need to expand participation to further enhance its relevance.

As the incoming president, I am excited that this is the first year for a Diversity, Equality, and Inclusiveness Committee, which is being led by my business partner and longtime friend, Betty Hernandez. I believe it will help SFNet in its effort to expand and encourage people of diverse backgrounds to get enthusiastically involved in a welcoming and inclusive environment.

I think the importance is we need to think about the future of our industry and encourage highly motivated people to become involved. This Committee hopefully will evolve over time and will help in that effort as it attracts people who might not otherwise consider our field and industry as an option.

You’re taking the helm of the Secured Finance Network during an unprecedented time in the world; what are your thoughts on leading during these challenging and uncertain times?

John DePledge did a great job during this tumultuous time, so I have a good example to follow and I intend to lean on him. There needs to be a focus on encouraging participation in SFNet at all levels. I realize that is a generic statement, but it is particularly important in an environment where we are not getting together in person. It means members getting involved in committees, education, advocacy, and at the chapter level. The SFNet team, led by Rich Gumbrecht, has really done an extraordinary job at keeping the organization relevant through webinars and other online programs and aggressively reaching out to individual members to elicit opinions and feedback. This has never been done before and the effort by the SFNet team I think is extraordinary. We also need to think about the future of SFNet beyond COVID and keeping SFNet fiscally safe and sound. At the end of the day, it is going to stay strong and fiscally sound and provide meaningful opportunities to its members through member involvement. I think the organization needs to continue to do that or enhance that in this environment where getting together means virtually and not in person. I think the best thing for me to do is to be in regular direct contact with as many members as possible. It is just uncharted territory.

Will you implement any of the strategies you used in leading North Mill Capital throughout 2020 for the Secured Finance Network?

At North Mill we have a highly experienced group of people and I see that as the same with SFNet, the SFNet Executive and Management Committees, and the SFNet team under Rich Gumbrecht. I think the best strategy is simply to be collaborative and communicative. The people on the committees and the team are so well versed and experienced, I think it’s just all about being communicative and really good things will come out of that. I know that is what works in my company.

What are you most looking forward to as president of the SFNet?

I think doing this at such an unusual time in SFNet’s long history is an exciting opportunity. I am not excited about COVID, but I am excited about doing this at a very unusual time and working through uncharted ground. I think there is risk to that, but that risk can be very rewarding, and I like those kinds of opportunities. The Executive Committee is comprised of extraordinary industry talent and their willingness to take this challenge on during unprecedented times is just professionally outstanding of them.

I’ve also gotten to know the Management Committee, Peter York at J.P. Morgan Securities LLC; Jennifer Palmer at Gerber Finance and the Co-Counsels, Jonathan Helfat at Otterbourg P.C. and Bobbi Accord Noland, Parker, Hudson, Rainer & Dobbs LLP. They have extraordinary experience and I feel privileged to be part of that team. I think the Executive Committee, Management Committee and the SFNet team, who I have gotten to know over the years, some more recently than others, is extraordinary.

What challenges and opportunities do you see for the industry in 2021?

Since we are largely a credit industry, there are going to be credit issues, which will continue to arise as a direct result of an unprecedented disruption in business and personal lives. What we were once all able to predict with reasonable certainty, whether it was recessionary times or more robust times, we can no longer do because we’re not able to find relevant experience predicting through a global pandemic. I think the long-term viability of businesses that we finance and support and entire industries, even getting down to collateral and asset valuations and how assets perform in liquidations, and then ongoing health issues, which create their own vulnerabilities, all create an environment that’s untested. The opportunities will be for banks and nonbank lenders to figure out underwriting standards in a changed climate and be able to thrive during and after. Those who can figure it out have a unique and potentially lucrative opportunity. I think the opportunities will be for those that just stick to basics and stay vigilant. While I am optimistic about the long term, I think we all have to acknowledge the uncertainties of what lies ahead in the immediate future.

How do you spend your time when you aren’t working, pre-COVID and now?

My wife and I collect certain kinds of art and some antiques, which I’m confident our adult kids will one day sell in a garage sale. We maintain a residence in New York City, which we love and, despite naysayers, I am confident that things will be fine there, and they are already going in that direction. We also spend as much time as possible with our kids and their spouses who are all wonderful, and our four grandchildren who are not bored with us yet. 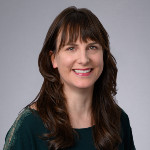 Eileen Wubbe is senior editor of The Secured Lender magazine and TSL Express.