Nneoma Maduike of Otterbourg P.C. discusses the impact a diverse team can have on a company’s performance.

For the past few decades, the concept of diversity, equity, and inclusion (DEI) has been merely a combination of hot buzzwords referring to filling organizations with people of varying backgrounds, including race, gender and experience. Diversity in a great number of companies was typically about making a statement, when the research has shown that, in actuality, a focus on diversity, equity and inclusion efforts via an investment beyond the resources to “meet quotas”- i.e., creating the right and inclusive conditions for people to perform at their best, can actually increase the performance of a company and make a company more successful.

Today, DEI is easily the single most important ethical issue for businesses today. There are various reasons to adopt DEI policies. One reason is the boost that DEI gives to a company’s bottom line through improved innovation, increased profits, and a boost in the problem-solving capabilities of the team members, including an increased trust and faith in the reputation of the company.

Having a more diverse team means more expansive access to a wider range of solutions, ideas and action plans, and from varying backgrounds and life experiences. A study published by Economic Geography collected data on 7,615 different firms based in the United Kingdom, and found overwhelming evidence that teams made up of a more diverse group were much more likely to develop new products than those who were less diverse. Another study published in 2018 by McKinsey & Co. reported similar findings. Of the 1,000 companies that participated in this study, findings showed that the companies that reported being in the top quartile for gender diversity also reported profits 21% higher than those who were not. This further bolsters the argument that an investment in cultural and ethnic diversity initiatives means a company will outperform its counterparts in profitability. Similarly, teams with a higher level of cultural and ethnic diversity reported a 33% increase in performance over those with a more homogenous team. A rise in a company’s profits due to a more diverse workforce typically reflects a more balanced and objective team that is tackling potential challenges and addressing projected goals and company benchmarks from every angle. Diversity is therefore critical to being a company at the forefront of innovation. Innovation is a critical success factor for any business’s ability to thrive and remain profitable. Innovation increases a company’s competitive advantage, attractiveness to collaborators and a company’s overall value to its clients and customers and allows it to remain relevant. A lack of diversity and a failure to prioritize inclusion can stifle innovation and promote “group think”. Since information is generally processed and digested differently, each team member ends up considering problems and issues from different perspectives. Having a diverse team where each unique diversity is respected and valued means each member of your team will think differently, resulting in ideas that are drastically different and may be more innovative. People from different cultural and racial backgrounds will look at the world through different lens and ultimately bring more “creative” ideas that their other team members may not have considered.

Another angle with which to analyze the boost that DEI and a generally inclusive work environment could have on a company’s bottom line is the improvement in employees’, colleagues’ and clients’ trust in the company and the overall reputation of the company. There are many historical reasons why people from an underrepresenteddemographic feel more comfortable in a culturally inclusive work environment with colleagues of the same gender, age and cultural or ethnic background. A study conducted by PricewaterhouseCoopers showed that up to 80% of potential employees are more likely to work for a company that is culturally diverse. When a company’s team is made up of people from all walks of life, the company becomes more appealing to a broader demographic and represents a more inclusive and safe environment for people of various genders, races and cultures. In today’s world, employees want to work for businesses with integrity and businesses that prioritize their social responsibility. Not only will such a company be an attractive option for top talent and socially and ethically driven professionals, but the company’s existing employees will feel more comfortable and at home in a place that caters to the needs of everyone, not just the typical select few.

As one can see, there are many reasons why having a diverse team at your company is not only a smart idea, but beneficial to a business as a whole. Whether it is creating new products or ideas, troubleshooting and problem-solving, or helping the company achieve financial goals, there really is no downside. 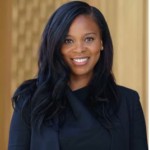 Nneoma Maduike is a partner in the Banking and Finance Department of Otterbourg P.C. and the co-chair of its Lender Finance practice and she regularly represents and advises institutional lenders and various other public and private companies on structuring, negotiation, and documentation of financing transactions.

Maduike has received various accolades in connection with her work, including recognition by Best Lawyers in America as one of the top 15 Women of Influence in America and as one of the Top 50 Women in Commercial Finance. She is an active member of several organizations, including the Coalition of Women’s Initiatives in Law and the Diversity Equity and Inclusion Committee of the Secured Finance Network.