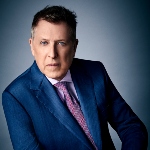 FTC Commercial Corporation was launched in 2002 with a strong focus on small and medium-size enterprise. Co-founder Ken Wengrod tapped into his experience, having worked in factoring and retail to create a company that understands the entire trade cycle of manufacturing and importing.

FTC Commercial Corporation specializes in financing start-up businesses, public entities and global businesses. It provides its services to small and mid-size companies that are expanding and need solutions to accelerate their working capital.

FTC co-founder Ken Wengrod’s background includes running numerous factoring operations for banks, managing a large manufacturing and retail operation, as well as setting up and owning two of his own successful apparel companies. His specialization in the fashion industry leads to an extensive understanding of the entire trade cycle of manufacturing and importing, from design concept to sales.

Furthermore, Wengrod is the Chairman of the Regulatory & Legislation Committee and was appointed by the U.S. Secretary of Commerce to be a member of the District Export Council of Southern California. He was also appointed as a member to the Trade Finance Advisory Council (TFAC) by Secretary of Commerce and Vice Chair of the Sub-Committee Private-Public Partnerships.

“I am actively involved in advocating on an educational basis to the legislators and Congressional leaders to make sure they understand the benefits of exporting and creating jobs in the United States, primarily in our region,” Wengrod said.

“I was recently appointed to the Trade Finance Advisory Council, the principal advisory body to the Secretary of Commerce on matters relating to trade and accessing trade finance for U.S. exporters.

“I also worked in the private sector; one of my clients hired me, and I ran a large garment company as COO,” Wengrod continued. “After we completed an acquisition of a retailer, I had about 1,200 people report to me. I moved on from there and became the manager of a converting company. I set up two garment companies, one in which I still own an interest; both companies are in the $20 and $30 million range. I got bored and realized there was a void in the market for someone who truly understood the need and aspirations of an entrepreneur. So, I created FTC as an entrepreneur for entrepreneurs, with a very strong focus on small and medium-size enterprise. I felt there was a huge void in this area and that’s where we started.”

FTC has since factored numerous companies from startups to major labels including William Rast /Justin Timberlake, Tom’s Shoes, Sally Hershberger, Joe Jean’s Kids, and many others, some having grown to over $40 million in sales. FTC has done over $3 billion in factor volume since inception.

“With my background being on all sides, I understand what it takesfrom concept to market and what the manufacturer, wholesaler or an importer or exporter go through and what their needs are, and how to help them,” Wengrod explained. “I think this is what is really crucial, where we differentiate from other companies.”

FTC has had clients throughout the world from Mexico, Spain, Morocco, China and Southeast Asia that do business in the States. Wengrod received the U.S. Presidential E Award from U.S. Secretary Ross on behalf of FTC for export service.

“We’re a large believer in exports, not only to help our country create more jobs, but I feel that on exports in particular, especially if they are good credit customers, pay better than some of the US retailers,” he said. “I’ve done a reverse spin in working with young companies and encourage them to build their European customer base or even parts of Asia. When the US merchant sees that you’re offshore, you are going to be more in demand. That has worked very effectively. Ninety-five percent of the customers are outside our boundaries. In the US, people are fighting for the same customers. Why not expand it and go further?”

“If you make goods in the States you don’t have queue oridle time, where merchandise sits on the water for 15 days or longer,” Wengrod explained. “You can reduce your cycle time, so you don’t have to rely so heavily on labor prices. Chinese labor prices are on par with Mexican labor prices. Everything must be looked at on these supply chains; how do you run your business more effectively and efficiently? The same holds true for the factoring community and commercial finance. I think it’s a huge, wide open market, on exports especially when the customer’s credit is very strong offshore. How do you lend and how do you do it efficiently for all parties?” 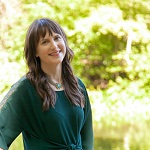