Interview with Bruce Sprenger: Former SFNet Chairman Retires from Fifth Third after 40 Years in the Industry 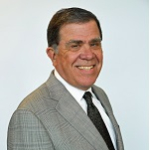 From 2008 until the merger with Fifth Third in 2019, Sprenger was group senior vice president, region manager for Cole Taylor Business Capital and then Group President for MB Business Capital. Prior to that, Sprenger was with LaSalle Business Credit, where he opened a de novo regional office and several satellite offices and went on to manage LaSalle's central US region. He later launched LaSalle's European cross border product and global ABL connectivity with ABN AMRO. He was also responsible for all North American non-credit product cross-sell initiatives and managed the unit’s marketing, sales, communication and branding activities.  Prior to his tenure at LaSalle, Sprenger served as President of Firstar Financial Services, the asset-based group for Firstar Corporation.

Sprenger is a past Chairman of Secured Finance Network, formerly Commercial Finance Association. Sprenger has provided training on asset-based financing principals both in China and Mexico on behalf of SFNet.

Sprenger holds a B.S. in Finance from Valparaiso University and completed the Wharton School Institute Executive Program. He has continued his education in marketing at Northwestern University’s J. L. Kellogg Graduate School of Management.

After 40 years in the industry, you retired at the end of June. What are some of the highlights of your career or the accomplishments of which you are most proud?

There are two things that stand out as special in my time in ABL. First, I was fortunate to cross paths with many talented people who, over the years, provided me a lens through which I could watch their success blossom. Many personal friendships grew from these connections. Some of these paths crossed more than once as my career evolved through the different organizations I served. The thrill was to see these folks mature in their ABL craft along with caring for clients and their needs. Secondly, having the opportunity to participate in several “start-ups” in the industry and the trust that leaders of these organizations placed in me to lead a successful new entry to the market is something of which I am proud to have accomplished. The two notable events all occurred as a result of changes in control of my then current organization. Starting up a new region for LaSalle with a team (and many are still part of our team 10 years later (at MB-5/3) And, of course, thanks to Mike Sharkey for giving me the opportunity and supporting our efforts there. Seventeen states later, and a successful cross-border ABL offering in Europe, was exciting and a lot of fun.

The next start-up opportunity for a true de-novo came 10 years later as we started anew at Cole Taylor, which later became MB. Once again partnering with Mike Sharkey, we were fortunate in a successful growth of 15 offices in the U.S. and Canada to over a billion in loans until the recent merger with Fifth Third.

Do any deals truly stand out in your mind as being memorable?

There are so many to pick from as many were unique and had the success and satisfaction of a solution. One in particular was an Iowa-based trucking company that I was fortunate to serve on mulitple occasions while working for several banks. The company and industry went through significant changes over the years. We were successful almost 20 years ago in crafting a solution to give the company time to adjust and resume its growth and success. Trusting that management would get the job done has paid off. Today, they are the leader and at the top of the game in transportation services. The company today is a significant deposit customer, our line is reserved for a rainy day expansion and yes, they still appreciate the ABL discipline today.

This example takes me back to the simple basics of caring for clients and their needs. For me, that has been a critical aspect of success in our industry. The right solution for the client may not be the most profitable for the bank. I venture to say sometimes restraining from lending more, always relaxing covenants when they are tested, may not be truly caring for the client. It’s okay to be honest and explain what we can do to assist, not just offer what the client thinks they need.

After a 40-year career, obviously you witnessed a lot of changes, but I am wondering what has stayed the same about the way ABL deals are done?

That is an interesting question. Over the years, the term “ABL” has had many faces. The view of an ABL broadened for some and, more recently, has in some ways returned to its roots. The industry evolved from non-bank, privately held players decades ago to banks seeking an offering they would call ABL. Cash-flow, structured finance, hybrid, split-lien, springing covenants, covenant lite are just a few of the aspects  of the products that some  asset-based lenders have offered as part of their suite of ABL “products”. Many of the bank players found themselves looking for incremental growth and branched out from traditional, fully margined, controlled ABL structures of both term and revolving facilities. Bank regulation has also played a significant role in the product and regulations regarding, for example  KYC, for  most institutions. We all know the aftershocks resulting from Dodd-Frank and how that has changed our industry. There is a segment of the ABL industry that has remained relativity unchanged is the offering that fully margins the collateral based on experience or third-party evaluation,  controls the cash cycle through dominion of funds and double-sided posting, and is rigorous in staying in touch with monitoring the collateral, client and lender portfolio. Tried and true through many cycles, this product approach has well survived the challenge of time.  We have recently seen new entrants to our industry, some non-bank owned firms that have returned to these disciplined approaches as a viable market opportunity.

What advice would you offer to someone in middle management who is hoping to move to the next level in his/her career?

Fostering personal relationships, both inside and outside of your organization, is key to career advancement. Those personal relationships will build trust over time. Folks want leadership led by trust. Trade and professional associations/groups, like SFNet, are great places to broaden your network while serving your industry. Invest in yourself and your brand. I have been fortunate to have the support to participate in continuing education and learning, throughout my career. Better yet, get involved in teaching others as part of your brand. Your personal brand is a key recognition and influencer in the market and industry. Guard it and invest in it.

You served for many years on the CFA/SFNet Executive Committee and Management Committee and, ultimately, as chairman. What effect did your CFA/SFNet involvement have on your career and what would you say to young professionals today wondering if they should deepen their engagement in the association?

It is imperative to maintain that connection between your career and SFNet. Get involved and serve at the local chapter level and it will pay dividends, ten-fold. For me, my career and SFNet have been intertwined. Sure, we have LinkedIn and such  social media tools today, that were not around early during my career. These can assist in networking, but personal relationships build trust. As an aside, when I took over as president of SFNet, I spent a lot of time in New York at the  headquarters while we searched for a new CEO. That time was not only rewarding in interaction with the staff, but also gave me a chance to experience a part of the market geography that I had yet to experience from the Midwest.

How do you plan to enjoy your retirement?

Well, we haven’t fully mapped that highway as yet. My last day was spent with a teammate at a prospect, trying to help win yet another deal. I will miss that “chase" the most along with the people I have been fortunate to work alongside. I do plan on taking advantage of the summer and will work on my pathetic golf game and, as many know, I’ll make time for some long overdue fishing. A little time to reflect on the next chapter will be welcomed. I’m confident and looking forward to writing these new chapters! 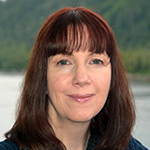 Michele Ocejo is director of communications for Secured Finance Network and editor-in-chief of The Secured Lender.