No Get-out-of-Jail-Free Card: Courts Less Than Receptive To Force Majeure, Impossibility, and Other Defenses

The increase in loan and lease defaults in the wake of COVID-19 has brought to the forefront numerous legal defenses by borrowers and tenants, such as force majeure, impossibility, and frustration of purpose.  Force majeure allows a party to suspend or terminate their obligations when certain circumstances beyond their control arise.  Impossibility applies when the destruction of the subject matter of the contract or the means of performance makes contract compliance objectively impossible.  Frustration of purpose applies when a change in circumstances makes one party’s performance virtually worthless to the other.   The decision whether to permit these defenses boils down to allocation of risk, specifically (i) who should bear the risk of unforeseen circumstances, such as the pandemic; and (ii) does the governing contract address the allocation of risk?

Last summer, we reported on a number of cases brought by several prominent lessees who sought to avoid their obligations under their flagship store leases based upon force majeure, impossibility, and frustration of purpose (such as Victoria’s Secret, which leases space in Herald Square; The Gap, which leases space in Times Square; and Hugo Boss, which leases space in Time Warner Center).  (MHH Blog Article: Update on Lease Disputes & Covid-19: Is Covid-19 A Get Out Of Jail Card For Tenants?) As decisions trickle out, it appears that while most courts are less than receptive to these defenses, a few have at least found that these defenses raise questions of fact requiring discovery, precluding summary disposition of the matter.

For example, in the case involving Victoria’s Secret’s lease of space in Herald Square – for which it is obligated to pay $937,734 a month in rent – Victoria’s Secret tried to excuse its failure to pay rent based upon the doctrines of frustration of purpose and impossibility of performance.  Notably, there is a provision in the governing lease specifically addressing the risk of loss resulting from events (arguably such as the pandemic) that affect the leasehold property.  Article 26 of the lease, entitled “Inability to Perform,” provides that if the landlord is unable to fulfill its obligations “including but not limited to [based upon] laws, government preemption in connection with a national emergency or by reason of any reason, order or regulation by any federal, state or municipal authority …” the tenant’s performance shall  not be excused.  In a decision dated January 7, 2021, presiding Justice Andrew Borrok seized upon this provision in granting summary judgment against Victoria’s Secret’s claims based upon frustration of purpose and impossibility of performance defenses, holding:

The Complaint is premised on the mistaken theory that the parties did not allocate the risk of tenant not being able to operate its business and that tenant is therefore somehow forgiven from its performance by virtue of a state law. This is contrary to the express allocation of these risks set forth in Paragraph 26 of the Lease Agreement, dated as of August 22, 2001, by and between Herald Square Owner LLC’s predecessor-in-interest, as landlord, and Victoria’s Secret Stores, LLC’s predecessor-in-interest, as tenant, as amended  . . . It is of no moment that the specific cause for the government law was not enumerated by the parties because the Lease as drafted is broad and encompasses what happened here — a state law that temporarily caused a closure of the tenant’s business. (emphasis added).

This decision suggests courts will respect the express allocation of risk between the parties to leases and other agreements, and are likely to read common law defenses such as force majeure and impossibility narrowly.

In BKNY1, Inc. d/b/a 132 Lounge v. 132 Capulet Holdings, LLC, the court (Justice Lawrence Knipel), in a decision dated September 23, 2020, similarly examined the subject lease to determine the allocation of risk, including in a pandemic.  There the lease specifically addressed the potential for governmental shutdowns, providing that the tenant’s obligation to pay rent “shall in no wise be affected, impaired or excused because Owner is unable to fulfill any of its obligations under this lease . . . by reason of . . . government or restrictions.”  The court also noted that, with respect to the tenant’s defenses of frustration of purpose and impossibility: “To invoke the frustration of purpose, the frustrated purpose must be so completely the basis of the contract that, as both parties understood, without it, the transaction would have made little sense” and that “impossibility occasioned by financial hardship does not excuse performance of the contract.”  Because, in this case, the tenant could lease and occupy the premises, even though its business was impaired by the shutdowns, the court held that these defenses did not apply.  Simply put, the court interpreted the defenses of frustration of purpose and impossibility very narrowly.

Similarly, in 1140 Broadway LLC v. Bold Food, LLC, the tenant invoked the doctrines of frustration of purpose and impossibility as defenses to its failure to pay rent, alleging that its business involved managing and consulting for a group of restaurants, and the shutdown of restaurants rendered its business unprofitable.  The court (Justice Arlene P. Bluth), in a decision dated December 7, 2020, held that these allegations did not “fit the narrow doctrine of frustration of purpose, which would apply “where the office space leased was destroyed or where a tenant rented a unique space for a specific purpose that can no longer serve that function;” not the tenant’s inability to pay rent due to loss of business.  Similarly, the court held that the impossibility defense did not apply, particularly as the tenant itself was not shut down, but, at most, the restaurants it served were shuttered.  As the court noted, “sometimes that happens in business — an industry changes overnight.”

The same judge (Arlene Bluth), in the case of 35 East 75th Street Corp. v. Christian Louboutin LLC dated December 11, 2020, made a similar ruling granting summary judgment to the plaintiff landlord and overruling the tenant’s defenses of force majeure, frustration of purpose, and impossibility based on the pandemic.  In her decision, Justice Bluth held:  “This is not a case where the retail space defendant leased no longer exists, nor is it even prohibited from selling its products. Instead, defendant’s business model of attracting street traffic is no longer profitable because there are dramatically fewer people walking around due to the pandemic. But market changes happen all the time. Sometimes businesses become more desirable (such as the stores near the newly-completed Second Avenue subway stops) and other times less so (such as the value of taxi medallions with the rise of ride-share apps). But unforeseen economic forces, even the horrendous effects of a deadly virus, do not automatically permit the Court to simply rip up a contract signed between two sophisticated parties.”  Justice Bluth went on to recognize that the landlord faced its own hardships, including paying the mortgage and property taxes on the property, and absolving the tenant of its obligations was contrary to the allocation of risk contemplated by the parties their lease.

However, in a contrary decision dated December 14, 2020, in the case of International Plaza Associates L.P v. AmorePacific U.S., Inc., presiding Justice Carol Ruth Feinman denied summary judgment to the plaintiff landlord on its claim seeking unpaid rent, holding that whether the defense of frustration of fact applied raised questions of fact.  In contrast to other recent decisions on this issue, Justice Feinman held that “the defendant’s loss and at times a lack of income due to Covid 19 is not just part of the up and downs during a commercial tenant’s lease period.”  The court noted that the tenant operated a cosmetics store, and offered customers the opportunity to test the products, and that Covid-19 mask and social distancing requirements particularly impeded this line of business.  The court concluded that the issue of whether the tenant could conduct its business in any meaningful way during the pandemic, and the foreseeability of “this crisis that has never occurred in most of our lifetimes,” raised questions of fact that could not be decided on a motion for summary judgment.  Notably, the court did not hold that the frustration of purpose defense applied, but, rather, that factual discovery was required on this issue.

In summary, a number of cases we reported on over the last few months are starting to address the validity of COVID-related defenses, such as force majeure, impossibility, and frustration of purpose – and some trends can be discerned.  First, where the lease or other agreement at issue specifically addresses the risk of a pandemic, government shutdowns, or similar events, courts will likely look to and follow the language of the governing agreement regarding the allocation of such risks.  Second, courts are less likely to find common law defenses such as force majeure, impossibility, and frustration of purpose applicable where the tenant can occupy the premises and operate in some manner.  A number of courts appear to apply these defenses narrowly and only find them applicable where there was a complete destruction of the subject matter of the contract – not where the profitability of the contract and/or the tenant’s or borrower’s ability to satisfy its obligation to pay may be impaired.  Court decisions during the upcoming months should provide additional guidance regarding these issues. 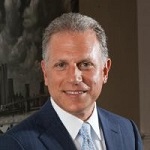 Danielle J. Marlow is a Partner at Moritt Hock & Hamroff in its Covid Litigation Task Force and Litigation Practice Groups. Ms. Marlow has over 23 years of experience, and has litigated extensively in both state and Federal courts throughout the country, and before the American Arbitration Association.