By Tyler Layne and Lee Sands

A trend towards superpriority debt exchanges that has begun appearing in out-of-court restructurings will continue to cause worry amongst minority debt holders and will likely result in continued litigation regarding the propriety of such exchanges. Examples of such troublesome exchanges began with an exchange conducted by Serta Simmons Bedding, LLC (“Serta”) and has continued with structurally similar transactions conducted by other companies, including Boardriders, Inc. (“Boardriders”) and TMK Hawk Parent, Corp. (“TriMark”). On June 22, 2020, Serta closed a series of amendments to its credit agreements with certain of its current first and second lien debt holders, thereby creating a new class of superpriority debt at the top of the payment waterfall under a new credit agreement, leaving non-participating lenders structurally subordinated. Worse still, the offer to participate in this recapitalization was not extended to certain of the non-participating lenders. The deal was not publicly disclosed until an initial press release on June 8, 2020 announced the transaction.[1] The new superpriority debt capacity was subsequently filled with both new money and, most distressingly for non-participating lenders, a debt for debt exchange of the existing term loans held by the participating lenders. In total, the Serta transaction created $200 million of newly funded superpriority “first out debt” and $875 million of superpriority “second out” debt, both of which rank ahead of the existing first and second lien loans, which are now held exclusively by the non-participating lenders.[2]

Soon after the completion of the Serta transaction, Boardriders and TriMark, two other companies with an equity sponsor, conducted similar transactions.[3] All three transactions involved amendments to the existing credit agreements and the issuance of new superpriority debt. The result to those lenders not invited to participate in the creation of the new superpriority debt is a greatly diminished position within the payment waterfall and a reduced chance of recovery. Additionally, for the non-participating lenders in the Boardriders and TriMark transactions, the participating lenders amended the existing credit agreements prior to the exchange to eliminate all affirmative and negative covenants. The litigation arising out of the TriMark exchange described the move as a “cannibalistic assault by one group of lenders in a syndicate against another.”[4] These new priming transactions present a rising danger for minority lenders, who may not be invited to participate in the exchanges, in an already volatile market, as lenders compete for security in an increasingly distressed environment.

The Mechanics of the Transactions

Next, the borrower conducted a pre-arranged “open-market purchase” of the outstanding term loans held by the participating lenders. The purchase removed the participating lenders from the now subordinated first and second lien facilities and placed them into the new superpriority facility governed by a new and separate credit agreement. The purchase of the existing term loans was not done solely through a new money cash exchange; instead, the participating lenders exchanged their existing term loan debt for new debt in the superpriority tranche, sometimes on a dollar-for-dollar basis.[5] While some credit agreements do place specific requirements for an initial pro-rata offer to all lenders prior to open-market purchases or have a cash consideration requirement for the transaction to be considered an “open-market purchase,” a majority of lenders may be able to simply amend the terms to allow an open-market purchase without these requirements. Normally, the provisions dictating the requirements of an open-market purchase and pro-rata sharing are modifiable through majority consent alone. In these transactions, it does not appear that any modification to the credit agreements was necessary to effectuate the superpriority exchanges.

Out-of-Court Restructurings and the Minority Holder

These transactions are emblematic of the larger trend of key stakeholders developing innovative out-of-court solutions to keep a borrower out of costly and time-consuming formal bankruptcy proceedings and, in many cases, enhance such stakeholders’ payment prospects and collateral positions. Although the participating lenders contribute new capital, they also receive an outsized benefit from the exchange of their existing loans for the new superpriority facility, sometimes on a dollar-for-dollar basis. The practical effect on the non-participating lenders is enormous, especially for the non-participating first lien holders, who bargained for a first-in-line for payment position in the waterfall and for the collective first lien debt to be paid pro-rata by the borrower. In the Serta case, the first lien holders become subordinated to nearly one billion dollars of new superpriority debt.[7]  The plaintiffs argued that “given the precarious condition of Serta’s business, this is tantamount to transforming Plaintiffs and the other Excluded Lenders into [an] unsecured lender, while allowing the Handpicked Lenders to leap-frog into a new super-priority position.”[8] Against Boardriders, the plaintiffs referred to the effect of the subordination as leaving the “Non-Participating Lenders with a stripped-down, covenant-bare promissory note for their original first-lien debt.”[9]

How Are These Provisions Valid?

The question of whether courts will uphold these transactions as valid under the credit agreements is an on-going question. The only final litigation so far is denial of a preliminary injunction filed by certain debt-holders against Serta.[13] Currently, there are outstanding complaints challenging the validity of these transactions against all three borrowers by their respective non-participating lenders. The most recent complaint was filed against TriMark on November 7, 2020. Common to all three complaints are arguments that the transactions: 1) operate as a release of collateral which does require unanimous consent; 2) violate the pro rata sharing obligations of the credit agreement; and 3) do not qualify as valid “open-market” transactions. In the Boardriders and TriMark complaints, the plaintiffs allege that the transactions also constitute a violation of New York Uniform Transactions Act.[14] In the complaint against TriMark, the most recent filing, the plaintiffs assert that participating lenders no longer qualified as “Required Lenders” able to make amendments under the terms of the credit agreement once they had made the agreement to sell their loan back to TriMark, even if the sale had not yet been completed. They argue that the definition of “Required Lenders” explicitly excluded from its definition loans subject to the provision that allowed for the exchange of loans by TriMark through open-market purchases.[15]

Can You Stop the Train?

As currently drafted, the plain text of the credit agreements likely weighs against the non-participating lenders. These transactions likely do not violate the pro rata provisions, as “open-market” purchases are often among the excluded payments from the pro rata requirement. Given the possible ramifications for the lenders not included in these exchanges, it is paramount to understand how credit agreements may be written to prevent future Serta-like transactions. One change is to modify the right to allow the borrower to add additional debt capacity from a provision that requires only majority consent for amendment to require unanimous consent. Requiring unanimous consent to subordinate existing liens is also another potential way to block the Serta-like transactions. Additionally, lenders may want to specify the exact parameters of what constitutes an open market purchase, rather than relying on the somewhat generic provisions currently in many credit agreements and making such provision modifiable only upon unanimous consent. Unfortunately, for minority lenders stuck with these provisions without the leverage to extract meaningful changes, the only solution may be to do everything they can to join the participating lender group, including communicating regularly with the borrower and other holders in the same tranche and potentially buying positions in order to make the minority lender a more attractive prospect for the participating group.  Otherwise, minority lenders will continue to have to rely on costly and unpredictable litigation to enforce uncertain rights under existing documentation. 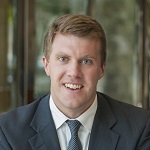 Tyler Layne is a partner at Waller, where his practice focuses on healthcare restructurings, helping clients navigate the complex financial and regulatory overlay to restructurings in virtually every sector of that industry.

Lee Sands is an associate in Waller’s Finance & Restructuring Practice. He assists banks and financial services organizations with loan and acquisition financing, restructuring, bond offerings and other financial matters.