In July 2018, SFNet informed members about proposed legislation pending before the California legislature imposing new and potentially challenging disclosure requirements on certain commercial financing transactions in California. Despite months of lobbying against the bill by SFNet and other interested parties, Governor Brown signed the bill into law on September 30, 2018.

Since then, SFNet, with the help of our California legislative advocate, general counsel and volunteers, has been working with the CA Department of Business Oversight as they draft legislation. SFNet has reviewed the initial regulations, which can be viewed at: https://dbo.ca.gov/regulations-legislation-opinions-releases/.
We are awaiting the next draft of regulations. For the full text of the Bill: https://leginfo.legislature.ca.gov/faces/billTextClient.xhtml?bill_id=201720180SB1235

This bill would prohibit providers from extending business financing to a concern in this State that contains a judgment by confession. Provides that no judgment may be entered on warrant of attorney in any action on a bond or other instrument for the payment of money, except on motion after notice to the defendant served in lieu of summons in accordance with applicable court rules or by registered or certified mail. Defines “judgment by confession” as a written agreement that accepts liability and specifies damages in cases in which a concern is in violation of a business financing agreement. For full text of bill: https://www.njleg.state.nj.us/2018/Bills/S4000/3617_I1.HTM

Action: SFNet held productive conversations with Senator Singleton. At press time, the bill had passed and was awaiting Governor Murphy’s signature. SFNet will continue to work with our lobbyist in order to achieve the best possible outcome for SFNet members.

New Jersey Financial Disclosures Bill NJ2262, Sponsored by Troy Singleton in the Senate and Clinton Calabrese in the Assembly.

Action: SFNet submitted an initial comment letter in May. As of this writing, the Senator’s staff informed SFNet that they would be rewriting the bill. SFNet will arrange to meet with the Senator after the next version is published.

This bill would require the licensing by the Superintendent of Banking of the New York State Banking Department of persons or entities engaged in the business of making or soliciting commercial financing products to businesses located in New York State. The bill applies to loans or lines of credit of $500,000 and below. The full text of the bill can be found here: https://www.nysenate.gov/legislation/bills/2019/s6688

Similar to both the California and New Jersey bills, this bill seeks to amend the New York state financial services law to provide that, immediately prior to entering into various types of commercial lending transactions, the potential lender must prepare and send in writing to the potential borrower various financial disclosures. The full text can be found here: https://www.nysenate.gov/legislation/bills/2019/s5470

Action: SFNet has engaged a legislative advocate in NY to work on achieving the best possible outcome for SFNet members. We will provide further updates as they occur. Any member who wishes to become involved in SFNet’s efforts with regard to this proposed legislation should contact Michele Ocejo at: mocejo@sfnet.com. 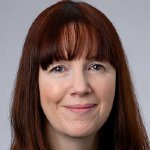 Michele Ocejo is editor-in-chief of The Secured Lender and SFNet communications director.