At 33 years old, Shauna was diagnosed with breast cancer - a head-spinning diagnosis for anyone, but especially a new mother at 33 who considered herself fairly healthy. Then came the draining, life-sapping chemo that would save her life, but leave her feeling weak and malnourished.

Trying to detox and strengthen her body, Shauna started juicing at home — and found that it made an enormous difference in her day to drink a fresh-pressed juice every day. She had more energy and she felt better. But when she shared this with the group of young women she’d found who were going through similar cancer experiences, or her friends and family, the response she got was: “This is hard. I don’t know if I can do this every day.”

And to be fair, juicing isn’t the easiest thing. There are the ingredients — all that fresh produce, which doesn’t come cheap. There’s the time it takes — especially for young moms like Shauna, who are pressed for time. And then there’s the flavors — it might take you a dozen trial and errors before you found the right combination for you.

At the time, Shauna was a successful lawyer, working for a telecom company. But on her nights and weekends she began making juice, working on flavors and bottling ones she liked to sell at the farmers market.

Soon her tent was packed every weekend, and Shauna was thinking about leaving her law career behind. “I just knew that, if I could get everyone to drink a green juice — well, I’d seen it play out for me, my friends. Everything about their health situation got better,“ Shauna says. “They wouldn’t be deficient and malnourished. They’d eat better the rest of the day.”

The Consumer Packaged Goods (CPG) industry can be incredibly tough to get into, but Shauna didn’t know any of that. All she knew was that she had a product people really liked. By the end of that first year, Whole Foods and HEB had added her juices to their stores.

“I didn’t want to start a juice bar. I wanted to get it out there everywhere. I wanted everyone to have access to it,” Shauna says.  “I think that I didn’t know how hard it was to crack into this industry, or I might not have done it. Ignorance is bliss, you know?” Shauna laughs.

Daily Greens launched at a fortuitous time, right as the market was changing — and customers were beginning to look for healthier options.

“When we started the company, a green juice was a luxury item for a yoga mom on the cutting edge,” Shauna says. “Now, our consumer work tells us that everybody in our customers’ families are drinking daily greens — including the children.”

Shauna also realized that the existing products were full of sugars and all fit a relatively narrow profile. So she developed flavors she knew her Texan friends would love — including her bestseller, Vitality, made of savory cucumber, kale, and cilantro, with a bit of pineapple, a touch of lime, and a dash of Himalayan pink salt — with a jalapeno kick at the end.

“I came up with that at a barbecue,” she says. “It still does very well in Texas.”

“There’s a lot of juice in our category that’s really loaded up with sugar. There’s an overall misconception that just because it’s the color green, it’s healthy. If it’s got more sugar in it than a Coke, it’s probably not healthy.”

It helps that her juice is remarkably cheap — $2.99 at Walmart for a 12-ounce bottle of cold-pressed fresh ingredients.

That was important to Shauna. She didn’t want Daily Greens to be a luxury product; she wanted it to be something you could find and afford for less money than a Starbucks latte.

Eventually, as distribution deals from Whole Foods and Walmart kicked in, Shauna needed to find investment to scale her production. She found it from two angles — capital lending (aka, what we at Far West do) and equity investment from folks with CPG experience, adding industry expertise to her team.

“I think you have to have good investors — hopefully, you pick one that adds value. We have an amazing one — and we also have an amazing partner in Far West Capital, to even out our cashflow through time.”

For our part, we were able to support a rapidly growing company keep their purchase orders covered — and kept Shauna’s equity from dilution.

Today, they’re the third biggest bottled juice in their category, and the only one still family-owned.

“It’s a David and Goliath situation… they can overspend us if they want to, and that’s been a challenge,” said Shauna.

But for Drink Daily Greens, big television advertisements aren’t necessary. They have a great story, and they can tell that story straight to their consumers via social media.

“People really like to connect with the brand that has a purpose and a why behind it,” Shauna says. “It’s not necessarily to make money - it’s to provide health and wellness to everyone.”

“Consumers actually care. They want to know: Who? What? Why? How?”

Shauna knows she had an unconventional journey to CPG success. Yet she believes it’s replicable - under one condition.  “I would tell them to believe in their product 100% in their heart and soul. The first year will be really hard, and they will want to give up, but if they just go to their ‘why’ — that really good reason why they’re creating the product — that will get them through.”

For us at Far West Capital, that belief was a big part of our initial partnership with Shauna and Drink Daily Greens. There are many risks with CPG deals — there could be a recall; a big customer, like Walmart, could stop carrying the product; but we believe in her purpose, her why, and her product. And we know she’ll never stop making it better. 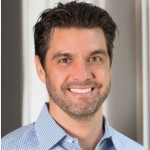 Cole Harmonson is the president and co-founder of Far West Capital.