A cyber-attack can damage a company’s operations more rapidly and more expensively than virtually any other crisis. Lost revenue due to downtime is one thing but compromised confidential information is much worse. The good news is that there are a handful of proven tactics entrepreneurs and small business owners can use to guard against most attacks. For firms with more sophisticated systems, several reputable cyber security firms offer competitive services and software.

An astounding 71% of all security breaches will target small business, according to a 2014-2018 forecast by the IDC research group highlighted by Small Business Computing. And Forbes recently reported that cyber-crime is projected to grow to $600 billion this year, larger than any other form of crime. “Cyber criminals find small businesses easier targets because their defenses are often not as advanced as those of larger businesses,” explained Gary S. Miliefsky, founder of SnoopWall Inc., a counter-intelligence technology company.

One growing form of cyber-attack, according to Forbes, is known as ransomware. “Hackers maliciously install a file that not only encrypts your laptop or desktop but also looks for file servers and does the same, automatically,” Miliefsky warns. “Suddenly, you no longer have access to your own files – or even worse, your customer records – until you pay the ransom.” Things are so bad, Forbes notes, that the FBI now recommends paying the extortion fees! That’s why prevention matters.

New security concerns grow amid ongoing high-profile breeches. In 2013, more than 40 million credit and debit-card records, plus 70 million customer records (including addresses and phone numbers) were stolen from Target in a security breech that cost the retailer a total of $252 million. And just this month, hackers breached hundreds of computer systems at software giant Oracle Corp, including portals for its MICROS point of sale payment systems deployed at some 200,000+ food and beverage outlets, 100,000+ retail sites, and more than 30,000 hotels.

If hackers can wreak havoc on corporations that large, imagine what they can do to a small business. A recent report found that 50% of small businesses have been breached in the past 12 months. For that reason, the following cyber security tips are recommended from Forbes: 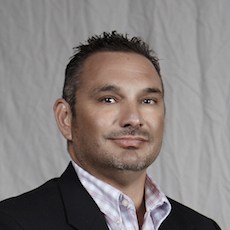 Vince has over 22 years of commercial finance experience. Prior to joining Fundamental as a principal, he was senior vice president at Far West Capital and managing director of Bluewater Consulting.

Vince is a former Executive Committee Member of the Commercial Finance Association and remains active in the Association’s efforts to serve and preserve the commercial finance industry.

He is a fanatical music, sports and boating nut and resides in Austin, Texas with his wife and children.