The North America region witnessed a slump in mergers and acquisition (M&A) deal volume in the fourth quarter (Q4) of 2019, according to GlobalData, a leading data and analytics company.

Notable M&A deals announced during Q4 2019 in North America included; the merger of International Flavors & Fragrances with DuPont Nutrition & Biosciences for US$26.2bn, the acquisition of TD Ameritrade by Charles Schwab for US$4bn, and the acquisition of Tiffany by LVMH Moet Hennessy Louis Vuitton for US$16.2bn, among others. 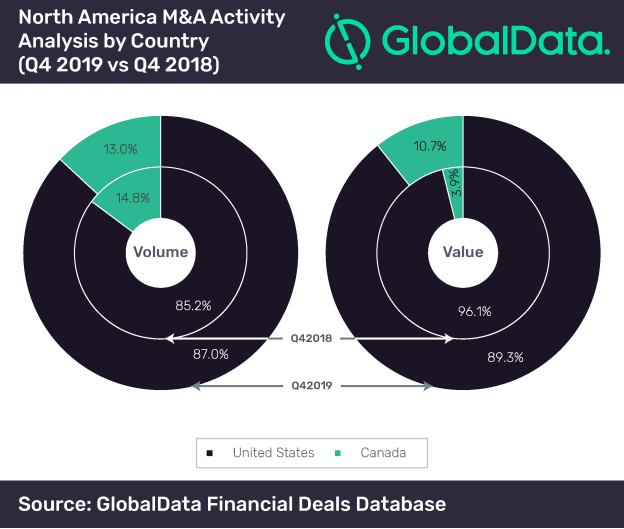 The US topped the North American region in M&A deal activity with 2,479 deals accounting for 87% of the total deals announced during Q4 2019. However, it witnessed a decline in deal volume and value during Q4 2019 compared to Q4 2018.