“You have power over your mind – not outside events. Realize this, and you will find strength.”

I love the study of Stoicism and apply it daily.  Marcus Aurelius (Roman emperor from 161 to 180 and a stoic philosopher) wanted us “to bear in mind constantly that all of this has happened before and will happen again.” We might think we are in unique times, that no one has ever gone through what we have gone through, but that is false.  We lived through the Great Recession, but before that there was the Great Depression.  The COVID-19 pandemic is not even close to being the worst plaque to strike humanity (Marcus Aurelius lived during a horrific plague that killed 18 million people, including his own children).  Political turmoil and nationalism; let us not forget World War II, the Civil War and many other wars before that. What defines us is not the age we live in, but what WE do when faced with these trials. Obstacles do not inhibit success, they create success.  Case in point, Isaac Newton in 1665 was sent home to quarantine during the London plague; what did he accomplish? In two years he found (i) the method of approximating series and the rule for reducing any dignity of any binomial into a series, (ii) the method of tangents of gregory and slusius, (iii) the direct method of fluxions, (iv) the Theory of Colours, (v) inverse method of fluxions, (vi) gravity extending to the orb of the Moon, (vii) how to estimate the force with which a globe revolving within a sphere presses the surface of the sphere and several other discoveries. Now, I have no idea what most of that stuff is, but I am impressed, nonetheless.

How we respond to obstacles is what defines us. Vion held its offsite strategic planning and focused on changing how we looked at our organization, our industry, and the world through the lens of stoicism[1]. COVID-19 did not exist, yet we have not changed our thinking from that planning session. Some takeaways: to be successful you need three disciplines: perception, action and will.  Let us look at each one:

Perception. “It’s how we see and understand what occurs around us—and what we decide those events will mean. Our perceptions can be a source of strength or of great weakness. If we are emotional, subjective and short-sighted, we only add to our troubles. To prevent becoming overwhelmed by the world around us, we must … learn how to limit our passions and their control over our lives. It takes skill and discipline to bat away the pests of bad perceptions, to separate reliable signals from deceptive ones, to filter out prejudice, expectation, and fear. But it’s worth it, for what’s left is truth. While others are excited or afraid, we will remain calm and imperturbable. We will see things simply and straightforwardly, as they truly are—neither good nor bad. This will be an incredible advantage for us in the fight against obstacles.”[2]

Stoics stress there is nothing bad nor good, it is your perception that defines something as bad or good. They are just thoughts. If you can avoid thinking about something being good or something being bad, you tend not to become emotional about a fact; it just is.  Once you become emotionally vested in a concept or position, you then want to win or reinforce that position even though it may lead to a bad decision. Look at the good that comes from the bad and vice versa. When someone in credit committee questions you about something you might not have thought about, embrace it and acknowledge you had not considered the point.

What concerns you as a lender? Focus on what is within your control while training your perception to avoid good and bad. It takes humility to recognize an uncertain future.  A borrower might take a large drawdown, as many did due to COVID. Stoicism advocates nothing is ‘good’ or ‘bad’ in isolation, but rather everything is contextual and based on our perception; as long as you can accurately perceive the tradeoff between the probability (low or high) for large bad outcomes vs. the yield you are receiving, the credit investment can still be ‘good’ despite the potential for large bad outcomes.

Action. As Marcus stated, “action for the common good in the present moment.” Action happens all the time, but direct action does not.  Every action is a step to the next which is meant to help achieve the ultimate goal.  In business, if you are singularly focused on what is best for the business at that exact period of time and avoid turf wars, trying to make someone else look bad, or battling to close a deal even though facts may have changed, you can’t help but succeed. Focus on the now, learn from the past, but don’t dwell on it, which will prepare you and your business for the future. An inability to act when action is required dooms your company.

Did Sears take too long to act?  Sears needed investments in its stores to compete, but they didn’t even try until it was too late.  They transformed themselves successfully from being a catalog store until they lost their way. As a lender, structurally you can provide a degree of actionability in the event of bad outcomes, bad luck or bad management decisions, but in a covenant lite world the lender sometimes too watches passively as things go wrong.

Will.  Willingly accept what is outside your control. Will comes from inside you and only you control it. Smile when times are darkest and be humble. If you made a bad deal, take the loss and learn from it.  After every deal, 3-6 months later, we revisit the transaction as a postmortem to see what we did right and what we did wrong and learn from it.  We actively calendar this so we do not forget to do it.  We make mistakes on every deal and so do you.  Learn from it and actively talk what went right and wrong, with a focus on the wrong. Plutarch said, “To make no mistakes is not in the power of man; but from their errors and mistakes the wise and good learn wisdom for the future.”[3]

At Vion we discuss “black swan” events like changes in legislation and other events outside our control and how we might respond.  One example: the state government increased a filing fee 1000% post-closing, which greatly affected our overall profitability for that deal. We responded by changing strategy midway on how to maximize revenue and realized the deal would not be as good as we hoped. How do you learn from this; try not to be dependent on any one variable, but do not let fear control you.  For example, you might be working with a servicer, but can that servicer be easily replaced if something happens to them? What if you are lending to a buy-here pay-here car dealer or rent-to-own furniture store, what happens if they do shutter their doors?  What is the impact to cash flow when servicing is transferred? While this should be foreseeable, did you foresee the call from a reporter that the company you are funding has mistreated customers or had a data breach?

We are human beings, not machines. We often lead with our “gut feeling”.  Like with stoicism, Ray Dalio recognized that computer algorithms do a better job than he could even though he intuitively disagreed with what the answers were. After much testing he realized they were right more than he was. I find myself being better at my job and my personal life by following the above precepts and I hope you will too.

[1] We used writings from Ryan Holiday “The Obstacle is the Way”, but there are many to look at.

[3] Plutarch criticized the stoics yet shared many of their principles. 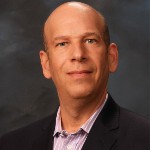 Stacey J. Schacter is the founder and CEO of VION Investments which provides liquidity solutions based on a company’s cash flowing assets regardless of aging.  Since 1990, Stacey has focused on receivable buying, servicing and collections in the financial services industry, serving as President of OSI Portfolio Services; President, Chief Executive Officer and Chief Legal Officer of EMCC, Inc.; and attorney and advisor to several debt and receivable purchasing firms.

Mr. Schacter was a practicing attorney from 1988 to 1999 concentrating in Corporate, Securities, Securities Litigation, Mergers and Acquisitions, Specialized Asset Acquisition, Business Reorganization, Workouts and Bankruptcy (Chapter 11). Mr. Schacter is a member of the Ohio and Massachusetts bars.

Mr. Schacter has had several publications and speaking engagements, including talks on the economy and its effects on the receivables industry, collection practices, and bankruptcy. He is a former member of the Debt Buyer's Association Board of Directors and was the organizations first chair of its Certification Task Force to create standards for the debt purchasing industry resulting in the first published standards for debt buying in the United States.