As lenders, borrowers and their advisors are well aware, the enactment of what is informally referred to as the Tax Cuts and Jobs Act[1] (the “TCJA”) introduced fundamental changes to U.S. tax law that immediately impacted the structuring, terms and implications of financing arrangements. Although the TCJA’s initial effects were significant, the prospect of future material changes also existed in the form of implementing guidance. True to that promise, recently finalized regulations (the “Regulations”)[2] promulgated under Section 956[3] may have the most dramatic effect yet on financing arrangements involving multinational companies. While these Regulations could prove to be a boon to many borrowers and lenders alike by unlocking significant sources of additional foreign credit support for U.S. borrowings, they also raise novel material tax and nontax issues that will need to be analyzed in the context of not only future facilities, but also certain current ones. Although the relevant considerations will depend on a particular financing and parties to it, this article highlights several that all should be aware of.

For years, lenders have assumed that foreign subsidiaries acting as guarantors and/or pledging their property as collateral for their U.S. parent’s debt would create a potentially significant U.S. tax issue. Specifically, under Section 956, a specified U.S. owner (a “U.S. Shareholder”) of a “controlled foreign corporation” (a “CFC”) must include its share of such CFC’s earnings invested in US property in its taxable income on a current basis. A CFC will generally be treated as if it made such an investment in US property (potentially triggering a taxable inclusion) not only where it acquires property, but also where the CFC is an obligor or guarantor of a US party’s debt or the CFC’s assets “serve at any time, even though indirectly, as security for the performance of” such an obligation. Although the scope of what constitutes such indirect support can be unclear, a pledge of 66 2/3% or more of a CFC’s voting stock as security for a U.S. obligation combined with an imposition of certain negative covenants under such obligation will be considered indirect security. Importantly, a Section 956 inclusion (a “Deemed Inclusion”) is required regardless of whether any actual distributions are ever received. So, as a practical matter, the U.S. Shareholder may end up with an actual cash tax liability simply because its foreign subsidiary guarantees the parent’s debt.

Given the concerns a Deemed Inclusion raises for borrowers and creditors (including the potential effect on a borrower’s creditworthiness), financings have routinely excluded foreign subsidiaries from the guarantor population, and their assets (and certain equity interests) from the collateral supporting indebtedness of US borrowers or co-borrowers. While the scope of the foreign credit support limitations has varied significantly between facilities, three common general approaches serve as a helpful illustration of prior practice and future implications.

First, there are facilities that generally exclude all foreign subsidiaries from the guarantor population and impose a threshold limitation (generally 65% or 66%) on the proportion of voting stock that can be pledged in any foreign subsidiary, regardless of whether such entity is a CFC (the “Blanket Exclusion Agreements”).[4] Accordingly, the foreign credit support provided for under these Blanket Exclusion Agreements is generally extremely limited.

Second, certain credit agreements explicitly reference Section 956 and related regulations to impose a more limited exclusion by excepting only CFCs (and domestic entities the material assets of which are interests in such CFCs (“FSHCOs”)) from the guarantee requirement, excluding only property of CFCs and FSHCOs from collateral, and imposing a limitation only on the proportion of voting interests in CFCs and FSHCOs that can be pledged.[5] Thus, such facilities (“Section 956 Exclusion Agreements”) generally allow for additional foreign credit support in the form of guarantees by, and the pledge of assets and all voting interests in, subsidiaries that are not CFCs or FSHCOs.

Finally, there are U.S. financings that rely on security restrictions based, in whole or in part, on a determination that providing such foreign support would subject the borrower or its group to adverse tax consequences or effects (“Adverse Tax Effect Exclusion Agreements”).[6] Although Adverse Tax Effect Exclusion Agreements potentially allow for the most expansive foreign credit support of the three, they also generally require the most complex analyses, as borrowers (and often administrative agents) must establish a particular pledge or guarantee would have such an adverse tax consequence or effect.

Certain Considerations Raised by the Regulations in Facilities New and Old

While the three summarized approaches (as well as others) developed based on a number of common tax and nontax considerations, the prospect of a Deemed Inclusion has historically been one of the key factors generally considered. Under the new Regulations, however, the material adverse consequences of a Deemed Inclusion may no longer exist in many cases. Specifically, although a CFC providing a guarantee or other specified credit support for a U.S. borrowing still causes a Deemed Inclusion for US Shareholders as a technical matter, U.S. Shareholders can now effectively exclude any such amounts from taxable income through a 100% dividends received deduction (the “100% DRD”), if certain requirements are met. As a result, the new Regulations may fundamentally alter the calculus regarding the optimal level and types of foreign credit support in a particular U.S. financing, as Section 956 may no longer act as a significant barrier to such support.

Although the new Regulations could unlock substantial amounts of additional capital for many multinational borrowers and sources of collateral for lenders, they also require parties to weigh new tax and nontax factors when negotiating future facilities.

To start, the parties will need to assess whether the 100% DRD will apply to eliminate all Deemed Inclusions from all U.S. Shareholders’ taxable income. The requirements imposed by the Regulations (and relevant rules) are complex and generally beyond the scope of this article. However, as a baseline, the 100% DRD will only be available to US Shareholders taxable as domestic corporations for U.S. tax purposes who meet a one-year-plus-one-day holding period requirement with respect to their interests in the relevant CFC. Even where that is the case, the parties will need to analyze the borrower group and operations in depth to assess whether certain other limitations apply. Accordingly, determining whether the Regulations in fact unlock additional foreign credit support in a particular U.S. borrowing will itself generally require financing parties to engage in new tax evaluations that could be significant and costly.

In addition, even where the 100% DRD is available to shield a U.S. Shareholder from additional taxable income on each Deemed Inclusion, lenders and borrowers need to confront other difficult cost/benefit issues associated with foreign entities providing guarantees or foreign property (including stock) being pledged as collateral. There are obvious benefits to the lenders of having greater credit support. Borrowers, too, may benefit because credit agreements that exclude foreign subsidiaries as guarantors and significant foreign assets from collateral generally limit the ability of the U.S. parent to loan money to, invest in or transfer assets to those foreign subsidiaries, often resulting in the need for separate foreign bilateral loan facilities for the foreign subsidiaries. However, these benefits must be weighed against the costs of including such foreign subsidiaries or property, which can be great in terms of time and money. A very fundamental cost in this respect is the time and significant expense of hiring counsel around the world and paying the additional fees of US counsel to coordinate their efforts. Similarly, when the loan is repaid, multiple sets of counsel will need to be reengaged to release liens and guarantees.

A related issue in syndicated credit facilities stems from the need to determine who decides whether and what foreign credit support will be required and/or identify a metric by which such a decision is made, both at closing and thereafter when the borrower creates or acquires new subsidiaries. While looking at the amount of assets or EBITDA may seem like a good approach, without discretion to assess the local laws regarding credit support and the difficulty in obtaining a lien under those laws, a simple analysis of assets or EBITDA may lead to problematic results for the parties.

Among other things, the local laws of certain jurisdictions have restrictions on credit support. Corporate benefit and financial assistance laws may restrict the use of upstream guarantees and may impose personal director liability for violations. Other jurisdictions have cumbersome procedural requirements, such as appearances before notaries, who may seek documentation from corporate officers of the pledgee, which may be difficult to obtain when the pledgee is a large commercial bank. Moreover, some jurisdictions do not recognize a collateral agent for pledges, thus requiring a separate pledge from each lender in the syndicate. In any event, a simple EBITDA or asset analysis may just not work.

Although the most profound effects of the Regulations may ultimately be seen in changes made to U.S. financing arrangements going forward, the 100% DRD could alter the security required to be provided under certain current facilities. For example, if a US Shareholder is able to claim a 100% DRD on all Deemed Inclusions triggered by a CFC providing a guarantee or other form of additional credit support, then the adverse tax consequences previously associated with inclusion of such a guarantor or property may no longer exist. If that is the case, certain current facilities may now have an unexpected requirement for additional guarantees or collateral to be provided even in the absence of a change in ownership or other circumstances. While these effects may most implicate outstanding Adverse Tax Effect Exclusion Agreements, existing Section 956 Exclusion Agreements could also be affected depending on their terms. Thus, borrowers, administrative agents and lenders should generally consider whether the Regulations modify what security is now required under their existing financing arrangements.

What Now and What Next?

The Regulations open new possibilities for credit support and more flexible financing arrangements for certain international borrowers, but have opened a Pandora’s box of issues in doing so. While Section 956 previously often enabled loan parties to have a simple blanket rule for all foreign subsidiaries, that is no longer necessarily the case. Now, the parties must make difficult decisions on whether to include any or all foreign subsidiaries as credit parties.

How the market will react to this newfound freedom and associated uncertainties is yet to be determined. However, the changes in the tax law are in effect now and market participants need to be prepared.

[3] Unless otherwise noted, all references to “Section” are to sections of the US Internal Revenue Code of 1986, as amended (the “Code”). 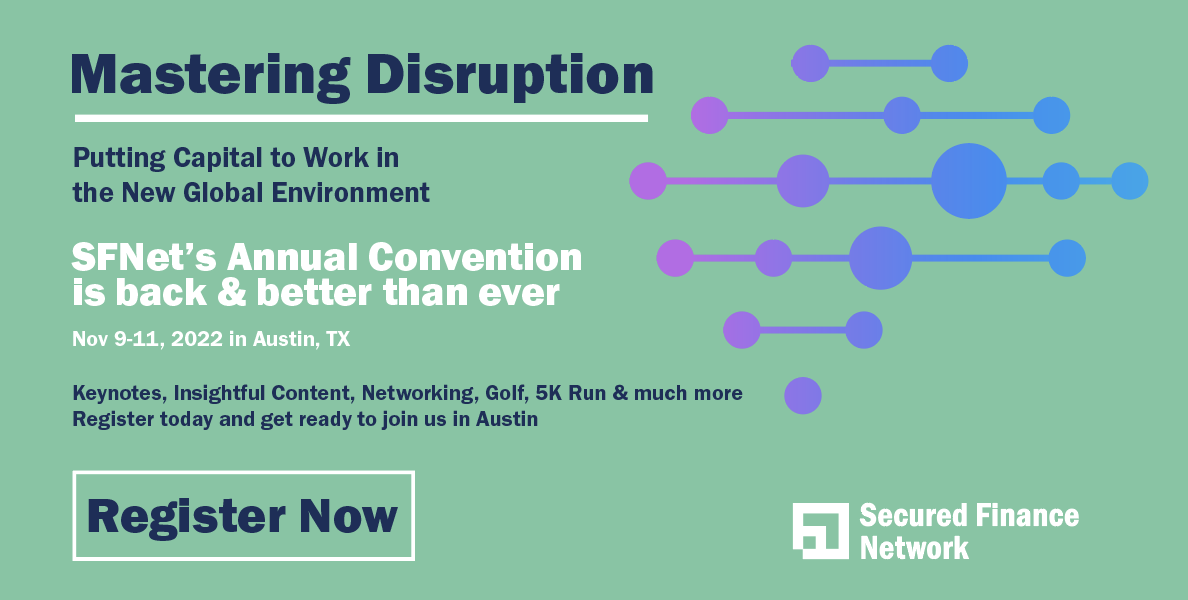