Lien Trouble Down on the Farm

In a priority dispute between a bank and two nurseries, the bank prevailed. The dispute concerned who held the senior lien in over a million dollars’ worth of trees and shrubs in three states. After a bankrupt commercial farm liquidated its assets, the parties fought over who was entitled to the proceeds. Because the nurseries failed to follow the laws in the states where the property was located to either perfect or maintain perfection, the nurseries’ liens were junior. Fishback Nursery, Inc. v. PNC Bank, 920 F.3d 932 (5th Cir. 2019).

The other state was Oregon. Unlike in Michigan and Tennessee, an agricultural producer in Oregon that delivers it produce to a purchaser is not required to file any notice to perfect its lien. But this rule is also subject to an exception—the lien expires unless the producer files an extension shortly (45 days) after final payment is due. Here, one of the nurseries filed an extension, but it was too late. In short, its lien expired under Oregon law. As in Michigan and Tennessee, the bank’s perfected lien in Oregon was senior.

The bank’s lien was senior to the nurseries’ liens because the court determined priority under the law of the respective state where the farm products were located. For example, the priority of liens on farm products located in Tennessee is determined under the law of Tennessee. On appeal, the court noted the issue of whether courts exercising bankruptcy jurisdiction should apply forum or federal choice-of-law rules—an area where the circuits are split. But because either approach would yield the same result, the court declined to take a side. By applying forum (Texas) or federal choice-of-law rules, for example, the priority of liens on trees that the nursery sold to the debtor in Michigan would be determined by Michigan law.

On appeal before the Fifth Circuit, one of the nurseries (Fishback) lost on two additional issues. First, the nursery argued that a choice-of-law clause in an invoice between the nursery and the debtor should apply in the lien dispute between the nursery and the bank. Lacking authority to support its contention, the nursery failed to persuade the court. The rights of a bank in a lien dispute are not controlled by a choice-of-law provision in a contract between other parties. Second, the nursery contended that it should prevail because of its “substantial compliance” with a relevant statute. The nursery relied on a decision of the Oregon Supreme Court, which explained that a party could satisfy the requirements of a statute by complying with its essential matters. One could fail to check all the required boxes under this approach and still prevail. The nursery based its substantial-compliance argument on its UCC statement, but this also failed because a UCC statement would not meet the objectives of the statute. It fails to notify parties such as the bank that a lien had been extended. In sum, the nurseries had plenty of lien trouble down on the farm. 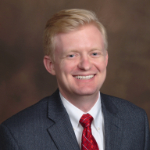 Sam Henninger is a recent graduate of the University of Tennessee College of Law. In August 2019, he will begin serving as a Term Law Clerk for Chief United States Bankruptcy Judge Marcia Phillips Parsons of the Eastern District of Tennessee. Sam will join Waller Lansden Dortch & Davis, LLP as an Associate in the Finance & Restructuring Group following his clerkship.