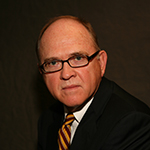 Ted Kompa was a successful businessman, a loving father, grandfather, husband, and friend to many. Raised in South Jersey, he attended St. Joe’s High School where he was an excellent basketball and football player. Kompa attended Villanova University on a football scholarship where he graduated with a BS in economics and accounting. He further went on to receive an MBA with a concentration in finance from Drexel University.

In 1964, he started his professional career at Fre-Air Corporation, John Talcott, Inc., Heritage Bank, Union Bank and First Fidelity Bank. In 1995, he parlayed his banking experience and started a commercial finance company named Business Alliance Capital Corporation. After 13 successful years, in 2008, he moved on and focused his efforts as Chairman of the Secured Finance Network (formerly the Commercial Finance Association).

In total, Kompa had 38 years of experience in asset-based lending, commercial finance, and middle-market commercial lending. He is Past Chairman of the Secured Finance Network and was a member of its Management Committee. During his career Ted successfully started two finance companies, managed billion-dollar portfolios, and was a frequent speaker on asset-based lending, credit and risk management, fraud and workouts.  Most of his career was spent in dealing with troubled situations from successful turnarounds to workouts and liquidations.

In 1995 he co-founded Business Alliance Capital (BACC), which became one of the largest independent and nationwide asset-based lending and commercial finance companies.  The BACC name became synonymous with a certain type of ABL.  In 2005 BACC was sold to Sovereign Bank. Kompa then joined Executive Sounding Board as managing director, where he was responsible for practice development and providing strategic and tactical advice to clients that are in the process of a turnaround, refinancing, restructuring, or raising capital.

He was widely respected for his knowledge in the commercial finance world and enjoyed a lifelong love of spending time at the beach with his children and grandchildren, golf, fishing, boating, oil painting and world traveling. A gifted athlete, Kompa excelled in basketball, football, tennis, and golf but it was his “hole in one” at Trenton Country Club that was his latest crowning achievement. All those who knew, loved and admired Kompa will forever miss his disarming smile, quick wit, charismatic style and love of family.