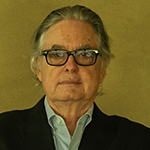 Scott Mitchell holds decades of experience in lending and turnaround management with expertise in many forms of debt including asset-based lending, specialty finance, high leverage, subordinated, and debtor-in-possession. His experience ranges across a wide variety of industries and collateral types. He has been a managing director of RedRidge Diligence Services since inception. His deep knowledge of lending allows efficient communication of alternative options if a proposed or existing structure is no longer viable.

Prior to his time at RedRidge, Mitchell was an audit manager at FINOVA, managing a due diligence staff in a liquidation of over $14 billion in assets over six years. During his time at Fremont Financial, he ran both the Audit Group and the Management Development Program. He has also served as a litigation support expert in several bankruptcy cases.

Mitchell studied business and history at the University of Cincinnati. He is a Certified Fraud Examiner (CFE) and a Certified Insolvency and Restructuring Advisor (CIRA). His many cases have made interesting material for his continued training leadership with the Secured Finance Network (SFNet), (formerly Commercial Finance Association), several commercial banks, and RedRidge Diligence Services. In 2016, Scott received the Lifetime Achievement Award for his long-standing tenure as an SFNet instructor and dedicated service to the industry.

Joining the turnaround of an asset-based lending subsidiary of a NYSE insurance company, and on my second day on the new job, I was informed that our line of credit source had terminated our $100 million line.  A couple of months later we had to recognize the extent of the write-offs that would be necessary from the legacy operations.  The line of credit was successfully replaced and over time, the newly formed company profitability made up for the legacy write-offs. Part of rebuilding the profitability was generating a securitization program for funding asset-based loans, way back in the early ’90s. Being a part of rebuilding the structure of a faltering asset-based lender was a valuable learning experience to be used later in helping clients with turnaround issues.

Being a part of the liquidation of $14 billion in corporate and commercial secured loans, over a period of six years was also invaluable.  I got to see the strategies put in place, by senior management, to enhance the value of an orderly liquidation, inside the largest bankruptcy in history when filed in 2001.  This six-year assignment was packed with many new projects, many driven by both the bankruptcy and concerns for Sarbanes-Oxley controls.  In this role, I had the pleasure of working in some unusual secured lending fields such as communications finance, aircraft leasing, resort finance, and franchise finance.

Working on the collateral and financial monitoring of a candy manufacturing operation in Juarez, Mexico for six months.  This assignment was challenging in almost every respect.  I had to get a work permit to work every day in Mexico, while commuting across the border from El Paso.  Then, once in Mexico, the language and cultural divide were a challenge, not to mention the dollar and peso conversion issues.  Then, learning the employee termination rules in Mexico and the associated cost, as the lender decided to close the operations and liquidate the assets.

Worked on a challenging captive auto finance company back in the early ‘80s, along with a long list of other asset-based field examiners.  While fraud indicators were noted by several of those asset-based field examiners, the money center banks funding the transaction at that point were paid out by a small savings and loan in a distant city.  The CEO of the company disappeared with untold millions nine months after the money center banks were paid out.  Then, in 2018, after a chance meeting with another asset-based field examiner who had worked on this same deal back in the ‘80s, I was told the former CEO and fugitive from US law had been caught by ICE, while flying from Australia to Canada, with a stopover at LAX.  I verified the capture and back-story on the internet.  Prior to 2018, I thought this perpetrator had indeed accomplished the perfect crime.  Well, not quite, and he will spend his remaining days in prison.

More important than anything else, I had the great fortune to work for and with some great leaders.  In that process, I worked for both men and women that I respected and they in turn empowered me to excel.  There is no greater memorable moment than working for great leaders.