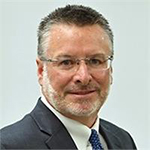 Ronald C. Rossi is a vice president and asset based lending operations manager for Fifth Third Bank. He oversees two ABL Operations Teams which are responsible for all loan servicing, collateral monitoring and daily client interactions.

Rossi has more than 20 years of experience in asset based lending operations. From June 2014 until the merger with MB in August 2014, Rossi was a vice president and asset based lending operations manager for Cole Taylor Business Capital. He began his ABL career with LaSalle Business Credit as a Collateral Analyst, and has managed operations teams at Heller Financial, GE Capital and LaSalle Business Credit, which was acquired by Bank of America in 2007.

Rossi holds a B.S. in Management from National-Louis University in Chicago.