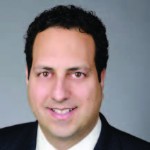 
Kavian Boots is a managing director in the Leveraged & Acquisition Finance group at U.S. Bank. He recently surpassed his six-year anniversary at U.S. Bank, having joined the group in July 2010. Kavian is primarily responsible for the syndication of asset-based loans for middle-market, large corporate and financial sponsor clients as well as placing junior capital and advising on institutional term-loan facilities.  Kavian has over 15 years of syndication and leverage finance experience and during his career he has executed cash-flow and asset-based financings, including bank loan, debtor-in-possession financings, institutional term loan and high-yield bond transactions. He has worked on asset-based financings representing over $30 billion in loan volume, with deal sizes ranging from $30 million to $4.5 billion in size. Kavian has participated in many industry panels and industry articles including one in the January 2016 issue of The Secured Lender titled Bankers Predict Modest Growth in 2016.

Prior to U.S. Bank, Kavian spent ten years at JPMorgan and almost two years at Cole Taylor Bank.  He started his career in Chicago at Bank One in the former First Chicago / American National Bank credit training program with rotations through High Yield and Private Placements as well as in the Middle Market Lending divisions. After his rotations, he started as an associate in the Middle Market Debt Products group, helping to syndicate cash-flow transactions for over a year before specializing in asset-based syndications. He earned a B.S. in finance from Indiana University Kelley School of Business in 1999.  Kavian holds Series 7, 79, and 63 security licenses.

Kavian believes in giving back and supports many local charities and community organizations. He and his wife actively support families and children through the Disorders of Chromosome 16 Foundation. Other charities that Kavian supports include Shriners Hospital, Open Heart Magic, MS Society, Career Transition Center and the Indiana University Varsity Athletic Club. Kavian is also an active head coach within the American Youth Soccer Organization.

When informed he had been selected as one of SFNet’s 40 Under 40, Kavian said, “It means a lot to be recognized by the industry and I’m grateful for my co-workers that nominated me.  I’ve learned a lot from smart, hard-working people in our industry and I hope to be able to pass some of that knowledge along to the next generation.”

His nominator, Samuel S. Philbrick, President, Asset-based Finance, U.S. Bank, said, “I am thrilled that Kavian is receiving this award.  He is truly an asset to our business, providing strong leadership and keen decision-making with a clear customer focus.”