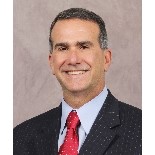 Mr. Stella is a Senior Vice President with Bank America Business Capital, the asset based lending division for Bank of America Merrill Lynch. He is responsible for originating and structuring leveraged transactions for companies engaged in mergers & acquisitions, restructuring, or undergoing a period of rapid growth. He calls on executives and professionals engaged in Mergers & Acquisitions, and Corporate Restructurings across Pennsylvania, New Jersey and Delaware.

During his 34 year career, he has been employed by many of the leading asset based lenders in the country, mostly originating, but also managing, and underwriting asset based transactions. He has been involved in over 100 deals aggregating over $2.7 billion in commitments.

He holds a BA in Economics from Ursinus College and an MBA from Drexel University. He also holds his Series 7 and 63, licenses. He serves on the Fundraising Committee for Project Magis and the Finance Committee for TechImpact. He lives in Medford, New Jersey with his wife Donna and has two children.