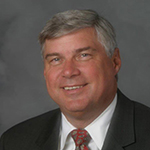 Chase, and was considered one of the most prominent leaders of the secured lending industry. He was active in the ABL industry for over 30 years and served with Chase and its predecessor banks for nearly 25 years. He was a strong leader of a well-respected group and he mentored many people who went on to be leaders in the industry. Terry was thoughtful, always willing to spend time with people and help them learn more about the craft.

He was an active participant in the Secured Finance Network (formerly Commercial Finance Association), serving on the Executive Committee for many years and was a founding officer of the New York Chapter. Terry was a panelist and presenter at many ABL industry seminars, including the “Titans of Asset Based Lending” at an SFNet national conference. As chair of the Editorial Committee, Terry made significant contributions to the writing of the definitive book for the industry: Asset Based Finance – Proven Disciplines for Prudent Lending by Gregory F. Udell. He volunteered his time without hesitancy and was a thoughtful and vocal participant.

Terry was a devoted family man to his wife, Janet, and their three sons, one of whom pre-deceased Terry. After Jon’s passing, Terry put his leadership skills and contacts in the industry to work, founding the Friends of Jon Charitable Trust, a not-for-profit fundraising entity in support of children and adults with developmental disabilities. A true testament to someone making something positive out of a personal tragedy.

For those of us who had the pleasure to know him, his personal and professional success noted above was not a surprise. Terry’s personality, intelligence and work ethic placed him on the path to professional success and his character, authenticity, integrity and warmth rounded out his human side.