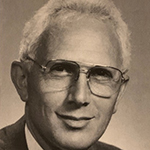 Stephen C Diamond was born on September 28, 1935 in Beverly Hills, California. He graduated from Stanford University at the age of 20 and then went on to law school at USC where he was the editor of the Law Review. Stephen joined the legal department of Walter E. Heller & Co. in 1959. Before that he was a practicing tax attorney.  In 1961, Stephen was placed in charge of review of prospective client loan eligibility in connection with accounts receivable financing,  and became administrator and supervisor of the accounts receivable portfolio of Heller’s Midwest operation. He assumed the position of senior vice president in 1970 and was in charge of Heller’s commercial finance operation in 15 states. He was a visionary in the business community and his last official position was as chairman of American National Bank in Chicago.

Stephen was very philanthropic and was the president of the Chicago Chapter of the AJC. Integrity was a core value to him. He had a wry sense of humor and loved to laugh.

Stephen was married to Beverly Diamond and had three sons — Robert, Ronald, and Kenneth. His son, Ron, remembers his “a wonderful father and husband who felt that family was the most important thing in life.” Stephen He was a voracious reader and loved to constantly learn.

He finished the Chicago marathon which was a goal of his. Stephen developed prostate cancer at the age of 53 and ultimately passed away at the age of 57.