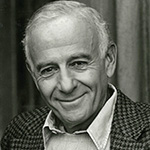 Congress was one of the original ABL finance companies.   With a history spanning more than 50 years, Congress grew from a small ABL lender to be a powerhouse with a portfolio of more than $24B spanning dozens of industries located in every part of the US.   Bob was instrumental in overseeing all of that growth.   He was the public face of the company and an ambassador for the ABL industry as a whole.   He was an early member of SFNet (formerly Commercial Finance Association) and instrumental in the association’s growth.  Bob’s vision was ever-expanding and led to Congress ultimately acquiring Burdale Financial, a small invoice discounter located in London that went on to become one of the leading ABL lenders in the UK that still exists even today as part of the Wells Fargo Capital Finance organization.   According to Bob’s nominator, Mark Fagnani: “Bob built a unique company where loyalty was valued.   Congress had dozens of employees with tenures of 25 years or more, almost unheard of in this day and age.  Were it not for the vision and leadership of Bob Goldman, the ABL industry as we know it today would very likely not exist.”

Bob’s daughter, Olexa shared her memories of her father: “He was unique in the sense that, no matter how successful he was, and no matter what he had accomplished he was truly the most humble and kind person. When he ran Congress Financial Corporation, and it grew quite big, he never lost sight of the people in it. I worked there one summer as a teenager and I floated in all the departments and the one common denominator that I saw was that he was not only well respected, but he was also well liked because he was so kind. My father was very frugal, a simple man that would be happy to brown bag it to work. My mother said it best; he was a true gentleman in every sense of the word.”