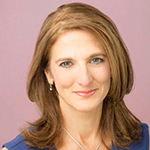 Jill Schlesinger, CFP®, is the Emmy-nominated and Gracie Award Winning Business Analyst for CBS News. Jill appears on CBS radio and television stations nationwide covering the economy, markets, investing and anything else with a dollar sign. She translates complicated business and economic news into understandable, relatable topics for everyday viewers and listeners. She is a weekly guest on NPR’s “Here and Now” and writes the nationally syndicated column “Jill on Money” for Tribune Media Services. Jill’s first book, The Dumb Things Smart People Do With Their Money: Thirteen Ways to Right Your Financial Wrongs, was published in February 2019 by Ballantine Books.

Jill won a 2018 Personal Finance Reporting Award from the Radio Television Digital News Association (RTDNA)/National Endowment for Financial Education (NEFE) and was the recipient of the 2018 National Association of Personal Financial Advisors (NAPFA), Special Achievement Award, presented for significant contribution to Fee-Only financial planning and helping to educate consumers on the importance of having a comprehensive financial plan.

Jill is the host of the “Jill on Money” podcast and of the nationally syndicated radio show, “Jill on Money”, which won the 2018 Gracie Award for Best National Talk Show. She was named one of the Top 10 LinkedIn Influencers of 2015 and Top 10 LinkedIn Voices of 2016. Jill is a frequent speaker on a variety of topics, including macroeconomic, market and demographic trends; workplace issues for women and LGBT employees in financial services; and how to create authentic branding.

Prior to her current role, Jill was Editor-at-Large for CBS MoneyWatch.com, where she was responsible for video and written content and was part of the team that launched the site.