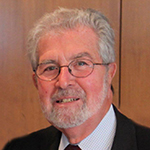 Gerald Sandak, known fondly to many as Jerry, was born in Brooklyn in 1930. Prior to working at Rosenthal & Rosenthal, Inc. for more than 50 years (and in the finance and credit industry at large for 60 years), Jerry was a veteran who served in the U.S. Air Force. He was a very visible public figure in the commercial finance industry, leading Rosenthal’s factoring division for decades and ultimately serving as its senior executive vice president and chief risk officer.

Jerry was a member and/or officer in various trade organizations such as: The Textile Veterans Association; The Turnaround Management Association; The Manhattan Decorum Credit Club; The 475 Esquire Toppers Credit Club; and Secured Finance Network, formerly Commercial Finance Association, the latter of which he served on the Executive Committee and chaired the Factoring Committee.  In addition to his association activities, Jerry authored a number of articles on factoring (he was a contributor to the Chapter on factoring in the textbook “Asset Based Finance,” published by the Commercial Finance Association) and was a guest speaker on several finance panels.

Jerry loved tennis and theater, and to travel with his wife Gee, visiting nearly every country and continent prior to his passing in 2013. His grandson, Josh Ceccarelli, is in his 17th year at Rosenthal, and was honored by SFNet in 2018.