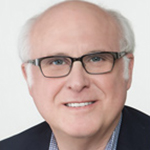 Jeffrey Goldrich has been in the asset-based lending and factoring business for over 35 years. He co-founded North Mill Capital LLC with its management group in 2010. In 1995 he co-founded and was the COO of Business Alliance Capital Corporation (BACC), a commercial finance company headquartered in Princeton, New Jersey. BACC was sold to Sovereign Bank in 2005. Prior to that Goldrich was a senior vice president and manager of the asset-based lending division at First Fidelity Bank in Newark, New Jersey for 10 years.