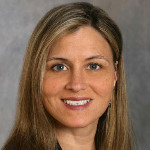 Holly Kaczmarczyk serves as the Executive Vice President and head of the Supply Chain Finance Group at Wells Fargo Capital Finance. In her role, Holly works closely with clients to offer working capital solutions that address the financing needs of corporations and their customers to drive growth, mitigate risk, and improve cash flow. Holly and her teams work with companies across a broad range of industries, both domestically and internationally.

Most recently, she was the chief executive officer of Wells Fargo Bank International, an independent, wholly-owned subsidiary of Wells Fargo Bank, N.A., based in Dublin, Ireland. Before her position in Dublin, Holly was based in the U.S. as the head of Business Credit, a division of Wells Fargo Capital Finance that provides asset-based loans to customers with initial financing needs of $35 million and less. She has held other leadership positions at Wells Fargo since she joined the company in 2002, including regional manager and national underwriting manager, and has also spent significant time with General Electric Capital Corporation, and Royal Bank of Canada.

Holly earned her bachelor’s degree from Millikin University in Decatur, Illinois, and her master’s degree in international management from the Thunderbird School of Global Management in Glendale, Arizona. She has also earned a Chartered Director qualification from the Institute of Directors, London, UK. She speaks several languages, including Spanish, Polish, and German.