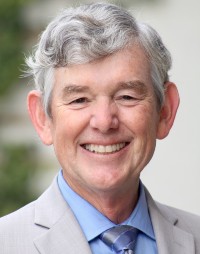 J D Factors announces, with great sadness, the loss of its President and Founder, Stephen P. Johnson, who died Thursday, September 3, 2020, after a long battle with prostate cancer.

It is a true rarity to work with someone who is both simultaneously shrewd and kindhearted in his business dealings and life. Steve was unfaltering in both of these things.

Steve worked in banking and commercial finance for his entire 45+ year career. He founded J D Factors in the United States and Canada in 2000. As President, Steve was the driving force behind the company’s growth and success.

After graduating from the University of Redlands in 1975, with a B.S. in Mathematics, Steve began his career in banking. Later, he joined his father-in law, John Danis’s factoring firm, Riviera Finance, where he proved to be instrumental to its success.

It was important to Steve to attend the Commercial Finance Association (now Secured Finance Network) conventions, not missing one since 1998! He held various executive positions with SFNet including serving on the Board of Directors (2000-2019), Education Committee Chairman (2010-2011), member of the Executive and Nominating Committees (2010-2015) and instructing Factoring Fundamentals. He was also on the Board of Directors of the American Factoring Association from 2016-19.

Steve was also active with the International Factoring Association, attending every IFA Conference beginning in 2005, as well as the IFA President and Senior Executive Meetings since their inception in 2008. He was the Co-Moderator in 2016-17.

Never missing an opportunity to give back, Steve welcomed service opportunities throughout his life. He volunteered as a Boy Scout Scoutmaster for many years, moving on to managerial positions in the District and Council. He earned numerous awards and honors for his contributions.

When the Board of Trustees at Claremont School of Theology asked him to join their advising team, he accepted with gratitude. Steve served on the Finance and Budget Committees, chairing the Investment Committee, and acting as Treasurer for the Executive Committee.

Growing up as the son of a United Methodist minister, Steve learned to give freely to those in need. He gladly shared his knowledge by serving on the Supervisory Committee at the United Methodist Federal Credit Union. At Rolling Hills United Methodist Church, he donated his time as the Chair of the Pastor Parish Relations Committee for 20 years.

Steve shared his effervescence for life with family and friends. He took as many opportunities as possible to travel, soaking in the culture and history of every place he went. And any day could be made better with a proper martini.

Gifts in memory of Steve can be made to the Claremont School of Theology’s Marvin & May Johnson Endowed Scholarship Fund, through Claremont’s website or by mail at:

The Johnson family will receive an acknowledgment of memorial donors.