No Crystal Ball, but Plenty of Futurist Thinking at SFNet’s 77th Annual Convention in Phoenix

A key theme that emerged from sessions and keynotes at SFNet’s 77th Annual Conference in Phoenix, AZ, was the need to fortify and build resilience to prepare for challenges and increasing turbulence due to economic, regulatory, social and technological disruptions. And while the speakers said they appreciate more data, many recommended a greater focus on human connection that fosters trust. One independent said bluntly, “You want to look your borrower in the eye.”

“Everyone wants a crystal ball,” said another presenter, “but no one has one.”

Strategic foresight is what everyone needs, added futurist Erica Orange of The Future Hunters. In her keynote on November 4, she said there are three luxuries in great demand: time, trust and truth. What is ironic, she added, is that “we have smart systems and algorithms, but we don’t know who or what to trust.”

Reflecting on the past year was Samuel Philbrick of U.S. Bank Asset Based Finance whose career in banking spans 40 years. He said a big takeaway is realizing that the most critical decision for many companies is who they have on their team. “With such poor visibility into the future due to all the uncertainty created by the pandemic, it was mission-critical to have the right people, who could work independently and figure it out on a day-to-day basis. If you made the right people choices, you made it through without missing a beat meeting the needs of clients and managing the risk in the portfolio,” Philbrick said.

Selecting the right clients is similarly based on picking the right management teams who could guide their companies through the uncertain business environment.  Referring to the impact of the pandemic on portfolio quality, he said the “duration was short and government response so strong that our underwriting was not tested despite the severity of the pandemic-induced downturn.”

While working virtually has served us all well, there is the need to reconnect in person with clients and co-workers to cement these relationships again, Philbrick added.

On that note, the estimated 600 attendees in Phoenix were delighted to be reconnecting in person as the SFNet pulled off a program that seamlessly offered educational sessions to both the live audience and some 300 others who accessed the event virtually. 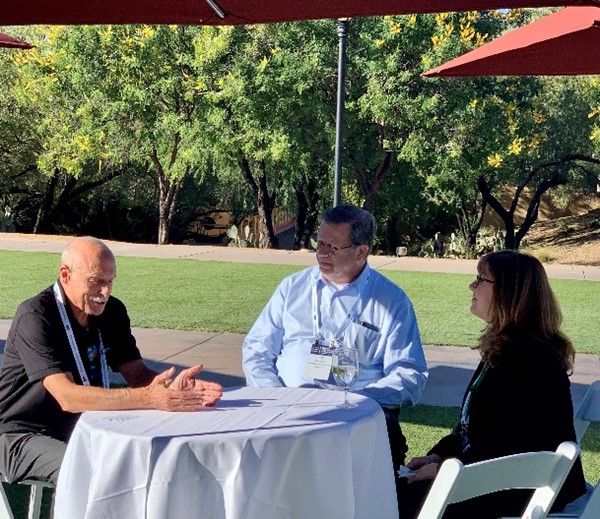 The sessions were interactive and drew audience members to microphones to voice their opinions, especially about the impact of SBA government rescue funds, which were described as having little oversight, no cost of funds, and competing with factoring and ABL businesses that serve small companies. In the factoring session, Stephen Troy of AeroFund Financial in San Jose, CA, (pictured below) said it is part of a constant “drip” on his business. 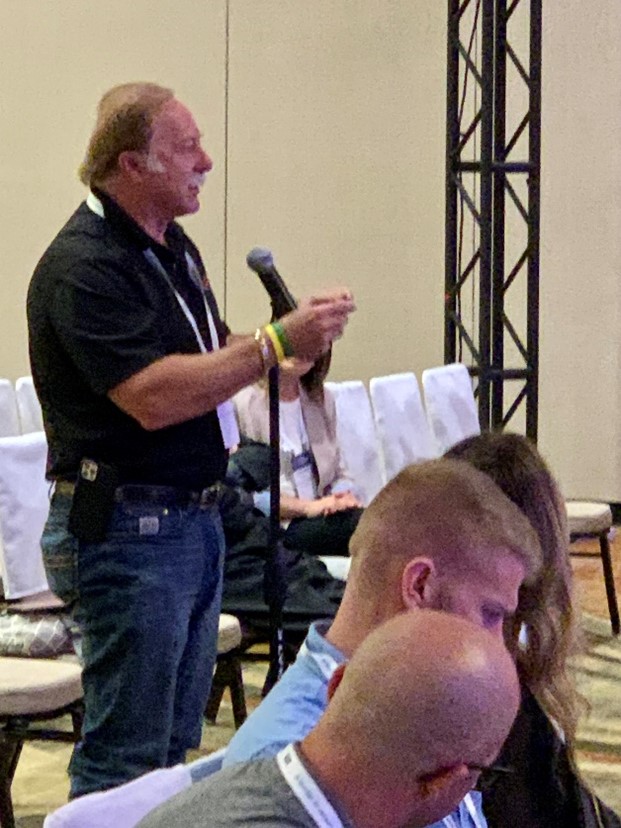 Peter York of JP Morgan, meanwhile, is the new president of SFNet and he said in his 30 years in the industry, he has never seen anything like what was experienced last year. He pledged that his leadership will reinforce efforts to enhance the member value proposition, financial stability and outreach to the next generation.

Still, the past year was not as bad as anticipated, according to presenters. They see lots of liquidity, but are preparing for a potential increase in defaults. Speakers on the View from the Top – Independent ABL Lenders panel noted that they anticipate more restructuring next year. Expect challenges, but opportunities, as well. Robert Grbic, CEO of White Oak Commercial Finance, said the current situation calls for “underwriting as if for startups” because of the frequent and quickly evolving changes in business models. 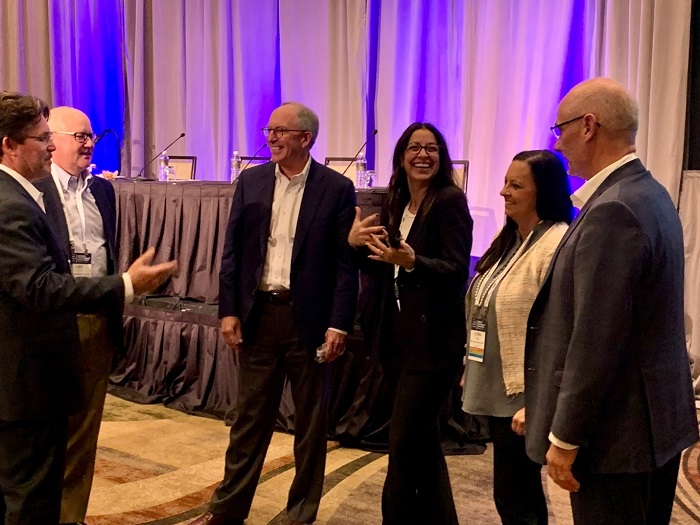 Lee LaBine of PNC Business Credit was on a panel that covered the large ABL market and he anticipates some rough spots ahead. “Many new issuances will be heavily leveraged through non-bank, debt funds which have grown tremendously over the last 10 years,” he said.

In a virtual, on-demand session that aired during the conference, a new “playbook” for workout and bankruptcy strategies was discussed. 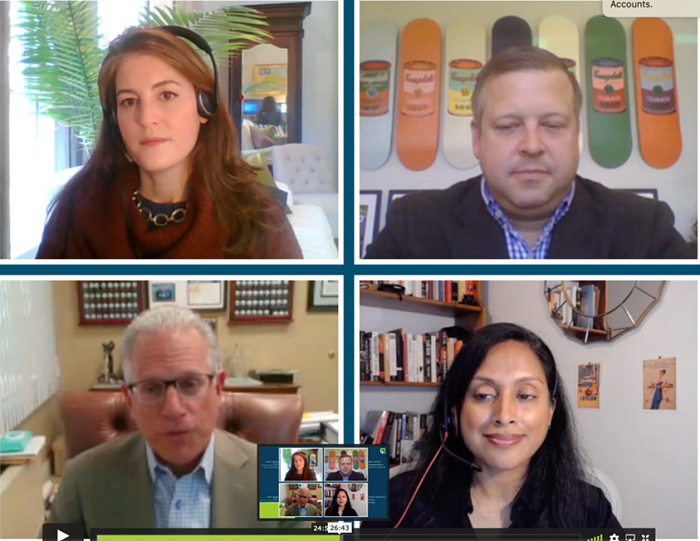 These panelists said the industry is still working through funding issues created by the pandemic’s snowball effect. This year, there have been historically low bankruptcy filings as banks exercised greater patience with borrowers. When the pandemic began, lenders didn't know what to expect or how long the slowdown would last. But even now, as it seems there will be no hard stop to the pandemic, banks say they continue to be patient.

Some businesses, such as the cruise industry, were immediately impacted. Some retail and restaurant businesses, known as “the Main Street small and medium employers,” simply closed their doors and never reopened. Therefore, current bankruptcy filing numbers may be artificially low.

This means the flood may be coming as banks gradually lose patience and business owners ultimately decide to close for good and work out of their debt. For example, low interest rates helped many remain afloat during the pandemic, but this also may have compounded corporate debt. Commercial real estate landlords may be especially prone to seeking what is owed when remote work becomes the norm. And in the current climate, it may be tempting for companies to take more risk.

But the pandemic drove layers of change into the economy that are still being analyzed. Mergers and acquisitions were on the rise in 2021, the panelists noted. And inflation has risen faster than it has since 1991.

It’s impacting energy and food prices, the panel reported, resulting in “a supply shock.” The most vulnerable sectors moving forward are predicted to be airlines, appliance manufacturers and consumer goods. There has been a change in recent months, however, with many lending clients showing a solid appetite for alternative lenders to acquire distressed loans.

Coyman said, “It will be interesting to see over the next year as we face the music of our current state, and what will happen. We all anticipate an increase in bankruptcies next year. There’s more to come, and we are not out of the woods just yet.”

The presenters on the Private Equity (PE) panel agreed that there is some frothiness to the market. This is causing PEs to stretch, pivot and go down market, but they didn’t agree as to what might lower valuations. Will it be inflation, rising rates or regulatory shifts affecting lenders? Their views varied, making for a dynamic discussion. The panelists addressed a range of issues from supply chain to labor shortages and even the political effect of a divided country, but as one speaker noted, “the world still thinks we are the safest place to put their capital.”

Registered for SFNet's 77th Annual Convention and want to watch our on-demand panels? Log onto our app, SFNet Connect, to view panels and keynote speakers.
Available on the Apple app store and Google Play. 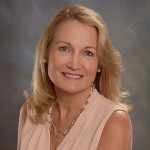 This story was compiled by Susan Carol of Susan Carol Creative who reported from the event in Phoenix and Susan’s associate, Lindley Estes, who covered the virtual session.