Aftermath means the consequences or aftereffects of a significant unpleasant event, like Covid-19. The financial system is going to experience this first-hand. No firm, whether it be bank or non-bank, will be left unscathed. The author is purposely writing this article now in order to predict that one of the many untold stories will be that the nation’s biggest banks were expecting the unexpected as it pertains to their middle-market C&I and ABL portfolios.  Clearly, no bank in the country could have imagined a complete shutdown based on a virus, but what they could and did imagine was a severe depression irrespective of the cause.  Not only were they expecting, but they were prepared in unexpected ways.  The same cannot be said for certain community and regional banks and BDCs, which might not have had the resources, scale or wherewithal to prepare.

Starting in 2018, the nation’s largest banks looked into the crystal ball and a couple things were apparent: 1. the economy was in extra innings and 2. the country was approaching an election cycle where anything could happen.  The strategy became clear:de-risk commercial loan portfolios before the banks were put in a 2008 situation by main street and sponsor-backed businesses rather than financial weapons of mass destructions i.e. CLOs/securitizations. To their credit, the banks came up with a strong and executable strategy: have the line managers exit marginal and cyclical credits quickly rather than have special assets work out credits.

Yes, businesses still went to workout, but much less than expected based on having line managers push out credits more quickly.  The economy was in overdrive, had hit peak employment and was clearly heading for a correction, yet banks reduced workout assets.  Sure, this was partial expense management to maximize profits, but this was not without thought and planning.  The major banks’ commercial lending divisions took preventive measures they felt would position them well for a downturn.  This entailed ceding riskier markets like leverage lending and allowing the competition to have their tougher credits or certain community-based real estate deals.

The banks, by and large, let BDCs, which are obviously hurting, take significant market share in the middle-market leverage lending space, which proved to be prescient.  The BDC market is going to experience significant losses given the industry’s leverage comfort is twice that of banks. The banks smartly generate profits as syndication agents rather than hold on-balance sheet.  The other key area banks avoided has been local real estate, which is and has been the stronghold of community banks.  This downturn is going to disproportionately affect community and regional banks with large real estate concentrations. So, by steering clear of both middle-market leverage lending and local real estate, the concentrations the banks have focused on, best-of-breed C&I clients in their respective markets.

There are always exceptions to the rule and regions do operate independently, but the proof so far is in the earnings announcements as loan loss provisions due to the consumer dwarfs commercial. Per the charts below from Marketwatch, the nation’s four largest banks recorded sizeable provisions for loan losses. However, it’s important to note that for all banks a disproportionate amount of loan losses were recorded for consumer lending activities.

The banks were certainly looking ahead while setting aside so much for loan loss reserves.  Commercial loans get categorized as non-accrual much faster than consumer,which typically will be carried in “performing,” but delinquent, categories of past due 30-89 days.  Consumer loans typically don’t get classified as non-accrual until past due 90.  To that end, there was only an uptick in nonaccruals, sequentially, which means non-accruals from consumer lending should start to show up in next quarter’s results.

We are still in early innings as it pertains to the fallout, but there is much to be gleaned from the information we have right now.  The above charts illustrate that the big banks expected the unexpected in regards to business lending, which is incredibly hard to do.  Banks have strong dominion over cash and collateral when it comes to business, but the opposite is true when it comes to the consumer.  The numbers don’t lie, and the banks are quite happy to let the airlines take center stage during this crisis.

No bank can ever truly plan for something like Covid-19, but they can plan ahead for a crisis in general, and they all remember two things vividly: 1. Public headlines and 2. The OCC.  Fear is a strong motivator and one can make an argument that the invisible hand of the government has put our nation’s banking system on a solid path with a few exceptions.  The banks knew something would eventually cause a crash and their timing was not without strong consideration. There was no upside in waiting until election day and history had certainly taught many lessons.

The OCC deserves meaningful credit. If you talk to executives at any big bank and you fill find out there has been active dialogue and involvement from the OCC, especially as it pertains to aggressive business lending. This is not as visible to banks with less than $50 billion of assets as they are deemed less risky to the financial system, but for the big banks the OCC is more than an invisible hand.  Case in point: When Covid hit, the banks were better capitalized than ever with very low leverage ratios and strong ability to weather a storm. Earnings are down, but dividends are still expected to be paid.

Like in recessions past, government might not be perfect, but it can be effective via the PPP. Rather than have banks become private equity firms, the PPP has in effect become free over-advance money to hundreds of thousands of businesses, which undoubtedly helped the banks reduce commercial loan loss provisions.  What is unknown at the time of writing this is the effect on the thousands of community and regional banks around the country that are less capitalized than the banks or took on greater risk as part of booking assets. These banks are largely out of the purview of the OCC, due to size, so the risk to communities is not yet known.

The aftermath is now upon us and will be dissected for years to come. Time will tell which banks are affected the most. The author would appreciate hearing from banks about how they prepared for an unexpected downturn.

Charlie Perer is the co-founder and head of Originations of SG Credit Partners, Inc. (SGCP). In 2018, Perer and Marc Cole led the spin out of Super G Capital’s cash flow, technology, and special situations division to form SGCP.

Perer joined Super G Capital, LLC (Super G) in 2014 to start the cash flow lending division. While there, he established Super G as a market leader in lower middle-market second lien, built a deal team from ground up with national reach and generated approximately $250 million in originations. 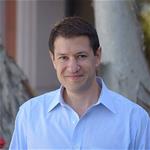 Charlie Perer is the co-founder and head of Originations of SG Credit Partners, Inc. (SGCP). In 2018, Perer and Marc Cole led the spin out of Super G Capital’s cash flow, technology, and special situations division to form SGCP. Please send comments to charlie@sgcreditpartners.com.